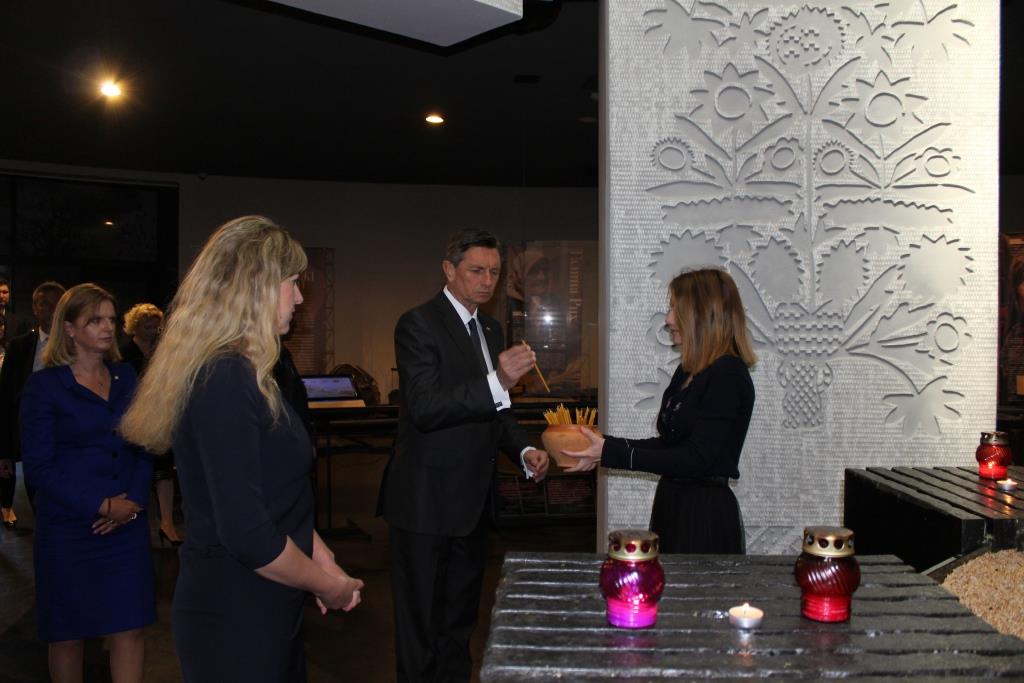 The President of Slovenia visited the Holodomor Victims Memorial

On May 11, 2018, the President of Slovenia, Borut Pahor, visited the National Museum Holodomor Victims’ Memorial.

The Slovenian leader put flowers with a lamp to the “Bitter memory of childhood” sculpture in the Memorial, went through the exposition of the Hall of Memory, lit a candle on the altar in memory of the victims of the Holodomor. He also paid tribute to the memory of the Ukrainians, who were starving, by striking the bell.

Borut Pahor came with an official visit to Ukraine for the first time since reelection as the President of Slovenia in November 2017. Today, the Slovenian president meets with Petro Poroshenko to discuss joint efforts to confront Russia’s aggression and international cooperation.

We recall that the Republic of Slovenia has not yet recognized the Holodomor as a genocide of Ukrainians at the state level.