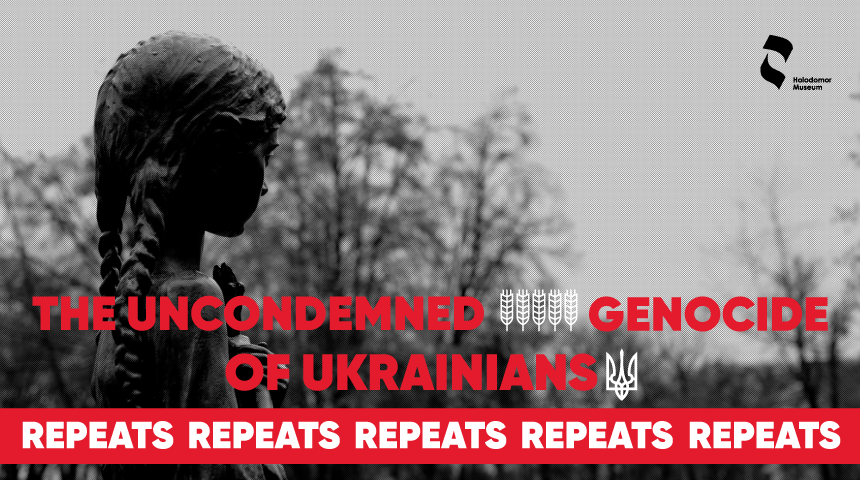 Imagine that somewhere in the world, the usual morning did not come for 40 million people.

On the morning of February 24, Russia attacked Ukraine. Forty million people across the country woke up to the explosions. Russian troops destroy our homes, our cities, and our lives with unheard-of brutality. Official Russian media and officials openly call for the destruction of Ukraine and Ukrainians. Russian soldiers even kill children, calling them enemies who are: “infected with the disease of Ukrainianism.” It continues to this day. Ukraine defends itself heroically.

Why did it happen that in the 21st century, in the centre of Europe, one state attacked another? Why did a new dictator appear whose crimes remain unpunished? Are there still nations in Europe that deny the existence of others? Who welcomes war, violence and genocide? Didn’t Europe say “never again” to this? In short, the answer to these questions is one: unpunished evil always returns.

Ninety years ago, Ukraine experienced one of the most tragic pages in its history – the Holodomor. At that time, Russia tried to destroy Ukrainianness itself, our way of life and the meaning of the existence of an entire nation. However, the criminal regime was not punished, which turned it into a breeding ground for a new wave of Russian genocide against Ukrainians.

The exhibition “The Uncondemned Genocide of Ukrainians Repeats” tells the world about the history of the evil that went unpunished and returned today to complete what started almost a hundred years ago. It tells about the history of destructive Ukrainian-Russian relations and their causes, consequences and ways to finally defeat this evil.

The exhibition was created specifically for a foreign audience, and it will travel to different parts of the world in order for more people to hear the truth and join the Ukrainians in their struggle for survival, the fight against Russia.