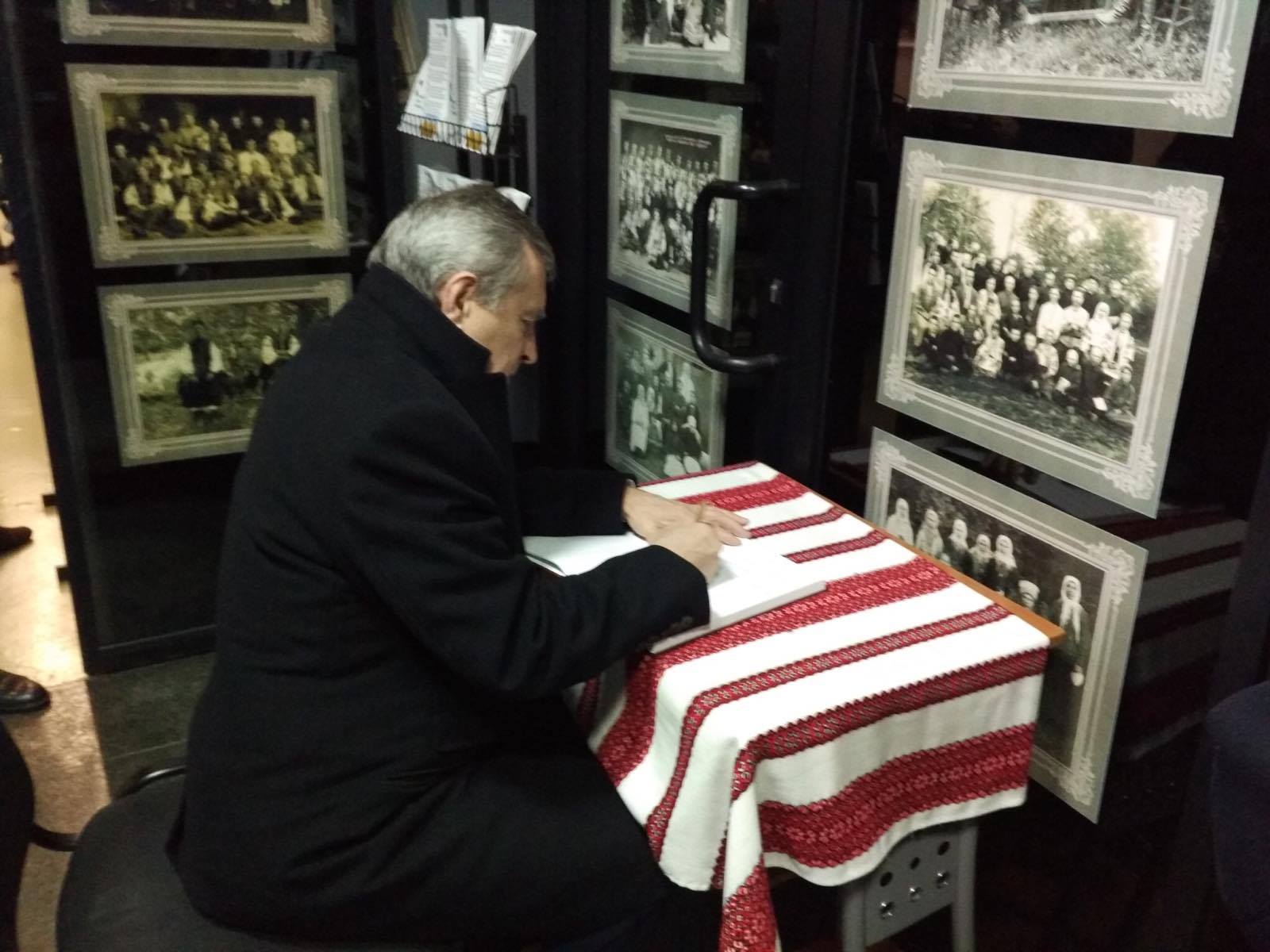 The Polish delegation led by Vice Prime Minister and Minister of Culture and National Heritage of the Republic of Poland Piotr Glinski, on October 22, 2017, during the official visit to Ukraine visited the National Museum “Holodomor Victims Memorial” in order to honor the memory of those people who were killed during the years of genocide in Ukraine.

After placing flowers at the foot of the sculpture “Bitter memory of the childhood”, the guests took a look around the territory of the Memorial and exposition of the museum. A highly respected Polish guest was interested in the history of the Holodomor, so he willingly listened to a tour from the museum staff.