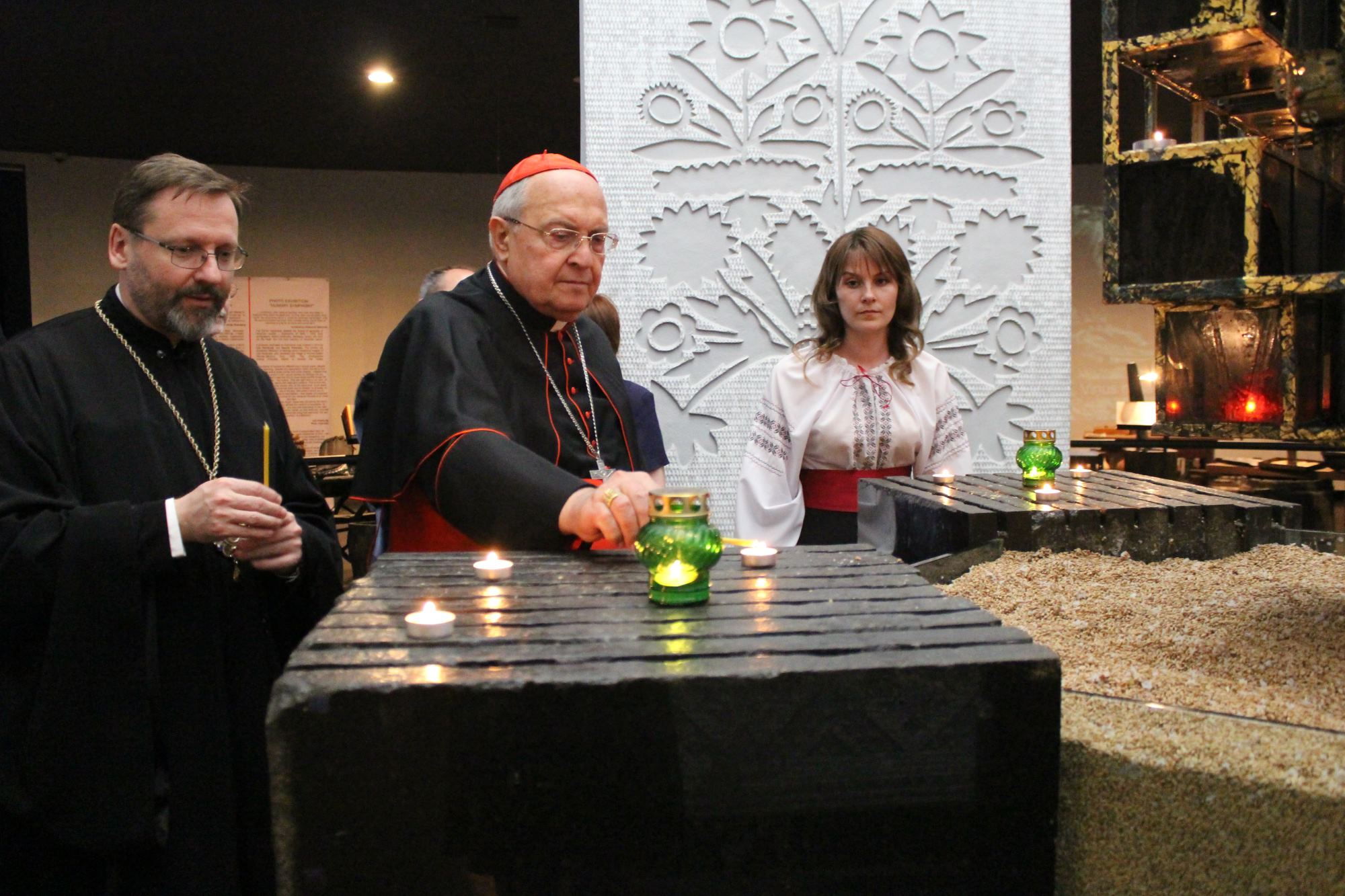 As Vatican Radio reported, the Pope Francis asked Cardinal Leonardo Sandri to tell his congratulations and blessings to all Ukrainian Catholics of the both ceremonies, Orthodox brothers and sisters, and all the people of a good will.

According to the program of his visit to Ukraine, on July 11, Cardinal Sandri visited the Holodomor Victims’ Memorial. The cardinal called Holodomor and executions on the Maidan “the barbaric events” and wished that this would never happen again.

Cardinal Sandri was accompanied by an apostolic nuncio monsignor Claudio Gudzherotti and Major Archbishop Sviatoslav Shevchuk. The guests honored the memory of 7 million victims of Holodomor. They prayed for the peace of souls of the dead and for the welfare and peace of the living.