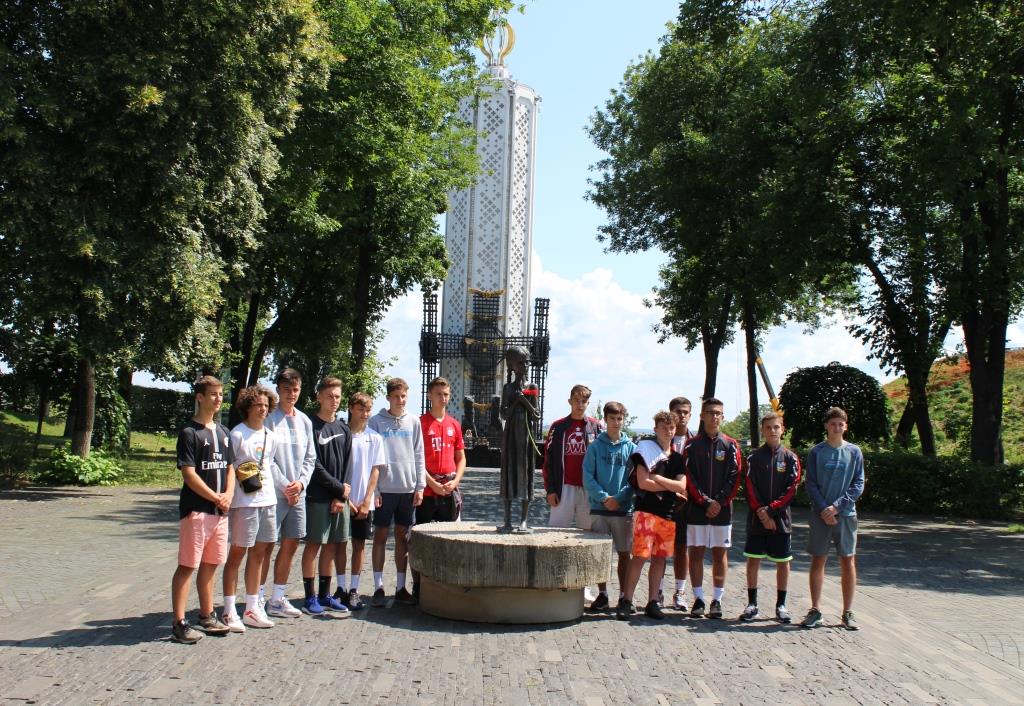 The players of the youth football team of the Ukrainian Youth Union of the United States, who came to Ukraine at the International Football Tournament “Wings of Friendship,” visited the National Museum ”Holodomor Victims Memorial.” The Memorial staff made the tours for sportsmen from different cities of the United States. They described the causes and mechanism of the Holodomor, as well as the terrible consequences of the genocide of Ukrainians.

Team coordinators Mykhailo Tomashevskyi, Roman Vernyi and Dania Lavrov emphasized the relevance of knowledge about the Holodomor for American students, since recognizing the Holodomor as genocide at the Senate and state level has led to the inclusion of the Holodomor-genocide issue into a US senior school program.