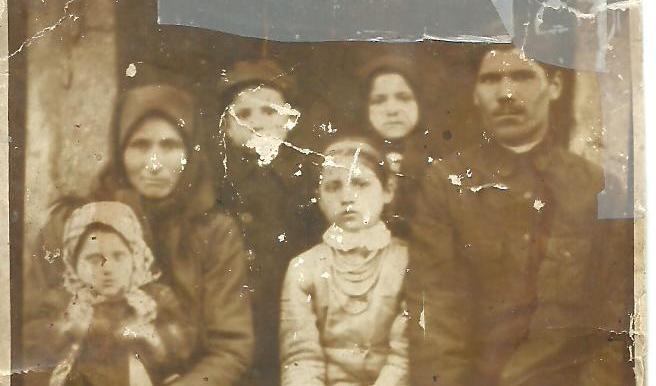 Victims of the Holodomor

This photograph shows a family Chernenko from the village Sorokotyahy Bilotserkivsky district, Kyiv region. Year of photos is unknown, but its owner, Zharda Tatiana confirms that it was on the eve of the Holodomor. Her grandfather Chernenko Dmitry Yosypovych (man pictured) died during the genocide in 1933. In the horrible times only grandmother Tatiana Chernenko (maiden name Shnurenko) Olga Vasilievna and her mother – Mariya Dmitrievna (little girl kneeling woman) could survive. Other children of Dmitry and Olga, two girls and a boy died in the throes of starvation.

Tatyana Vasilivna donated a photo to the “Holodomor victims’ Memorial” – center of preserving and honouring the memory of millions of Ukrainians killed by genocide in 1932 – 1933. The history of Holodomor – millions of families’ stories about that terrible period. Keeping the memory of the Holodomor, we can prevent a repeat of this.