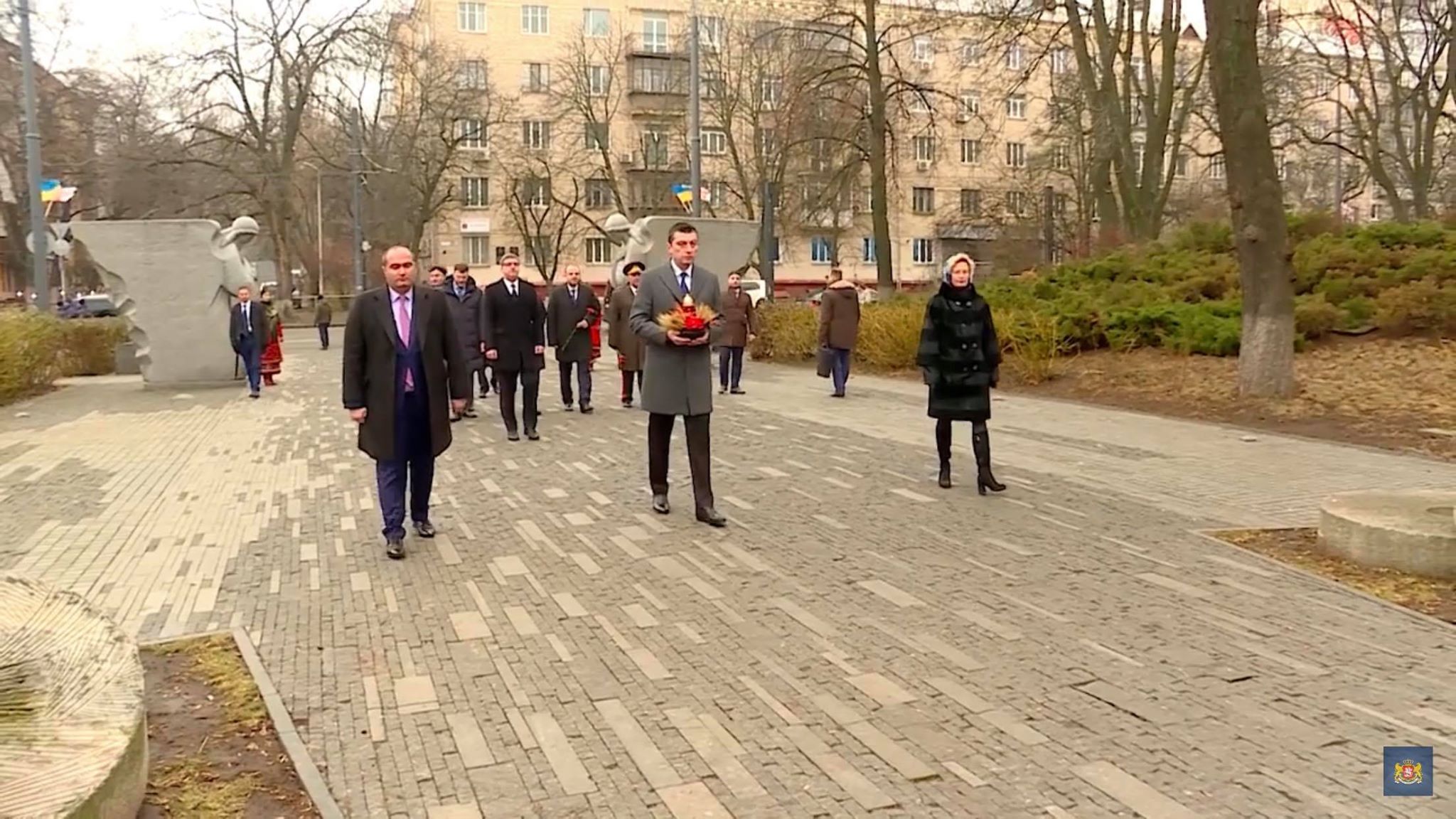 On December 13, 2019, Prime Minister of Georgia Giorgi Gakharia visited the National Museum of the Holodomor-Genocide on his official visit to Ukraine.

Giorgi Gakharia commemorated the victims of the Holocaust-Genocide by laying flowers and a lamp on the sculpture “Bitter Memory of Childhood”.

During his visit to Ukraine, the Prime Minister of Georgia met with the President of Ukraine, the Prime Minister of Ukraine and the Chairman of the Verkhovna Rada of Ukraine. During the meetings, they discussed the possibilities of intensifying the cooperation between the two countries in the issues of European and Euro-Atlantic integration as well as within international organizations such as the UN and the Council of Europe.

Let us remind you that Georgia recognized the Holodomor as an act of genocide in 2005.