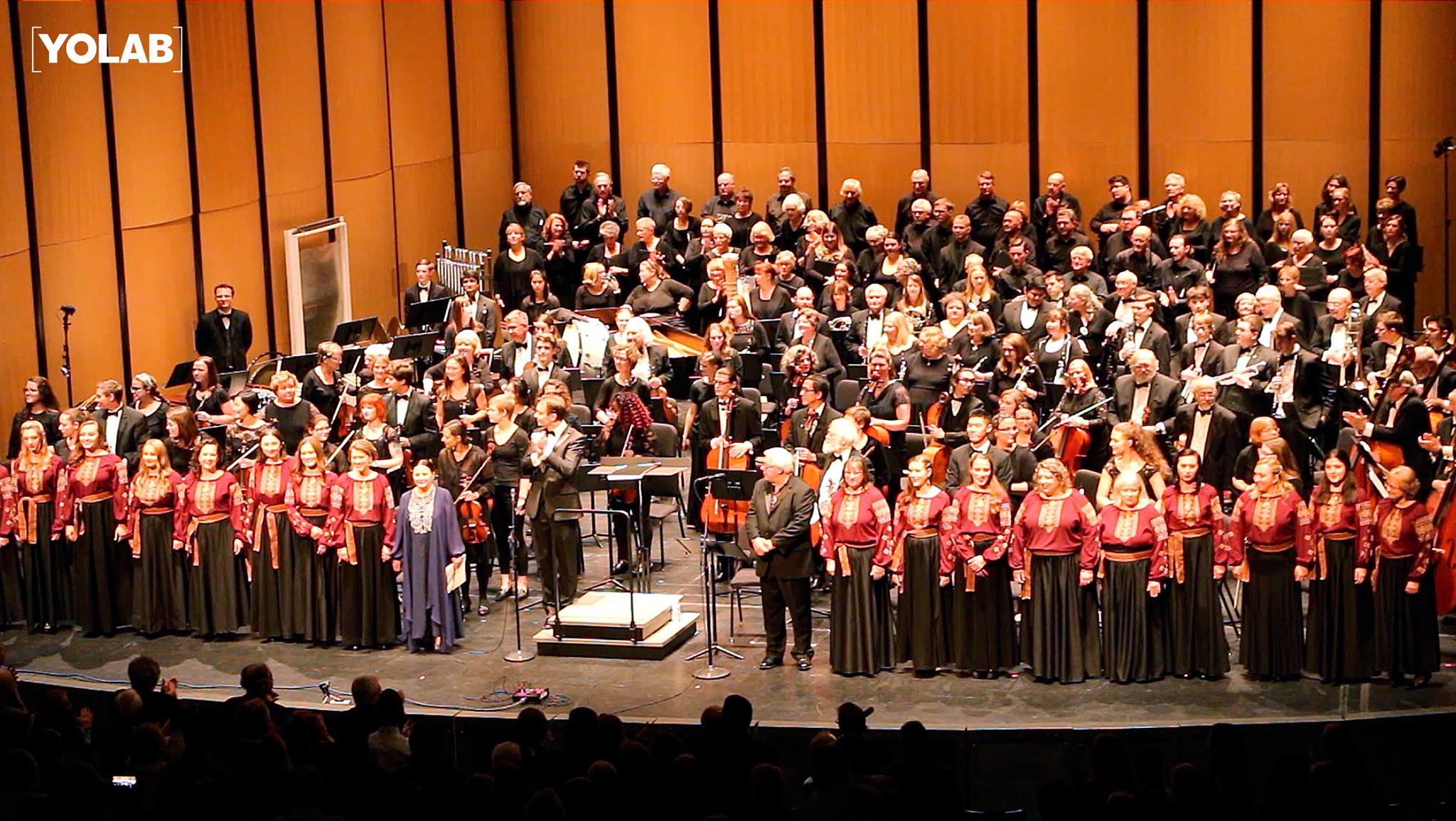 A concert-requiem for the Holodomor was held in Chicago

On May 19, 2007 a commemorative concert “Ukrainian Requiem” to commemorate the 85th anniversary of the Holodomor of 1932-33 in Ukraine was held in Chicago by the Ukrainian Genocide Famine Foundation and the Consulate General of Ukraine in Chicago, according to Voice of America.

The “Ukrainian Requiem” was performed by the Kalamaz Philharmonic Orchestra and the Bachivsky Festival Choir with the participation of Artist of Ukraine Nina Matvienko (soprano) and well-known American soloist of Ukrainian origin Stefan Shkafarovsky (bass). The legendary Bandurist Band of North America also took part in the concert.

“Ukrainian Requiem”, or “Panakhyda for the Dead of the Famine” by the famous Ukrainian composer Yevhen Stankovych – is a requiem for the full composition of the symphony orchestra, two mixed choirs, a bass, a folk voice and a reader, written in 1992 on verses by Dmitry Pavlychko. It was first performed in Kyiv in 1993 on the sixtieth anniversary of the Holodomor.