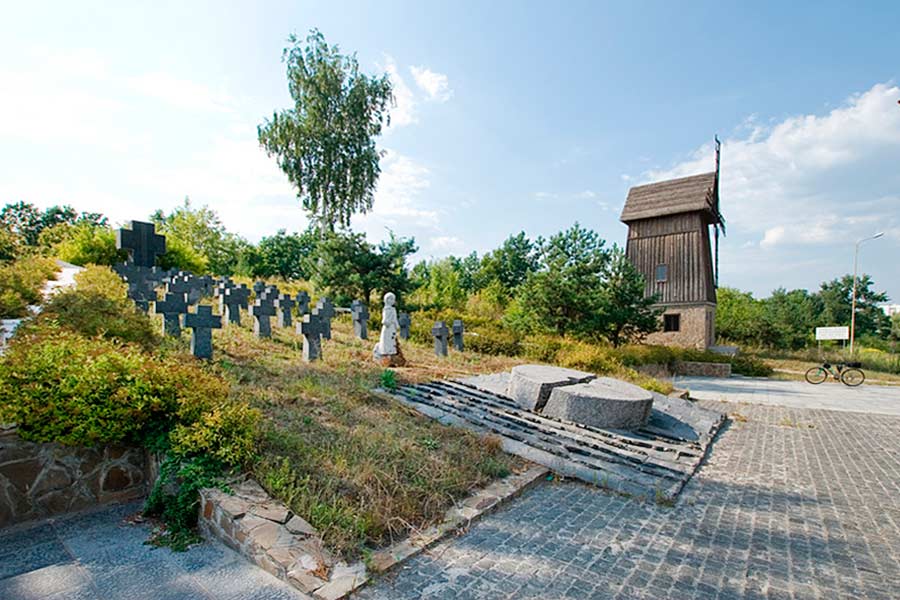 On the night of May 13 to May 14, 2018, a wooden mill, which was the part of the Holodomor Memorial Complex on the Ring Road of Obukhiv, was burnt down by unknown people. This information was reported by Kostiantyn Madzianovskyi, a priest of the Ukrainian Orthodox Church of Kyiv Patriarchate, in the social network.

The priest asks all indifferent people to help with the liquidation of the consequences of the fire.

The Obukhiv district was captured by the Holodomor. Famine began to be felt in Obukhiv region in the autumn of 1932. In the spring and summer of 1933, it led to mass extinction of the rural population. In this fatal spring and early summer, families, streets, and corners were dying; there were cases of cannibalism. Both single farmers and collective farmers of all 50 forcibly “organized” in the district collective farms were dying out.

Before the Holodomor, there were three cemeteries in Obukhiv, and during the famine there were… thirty-two ones. In 2008, a Memorial to the Holodomor victims was erected here to commemorate the victims of the genocide.