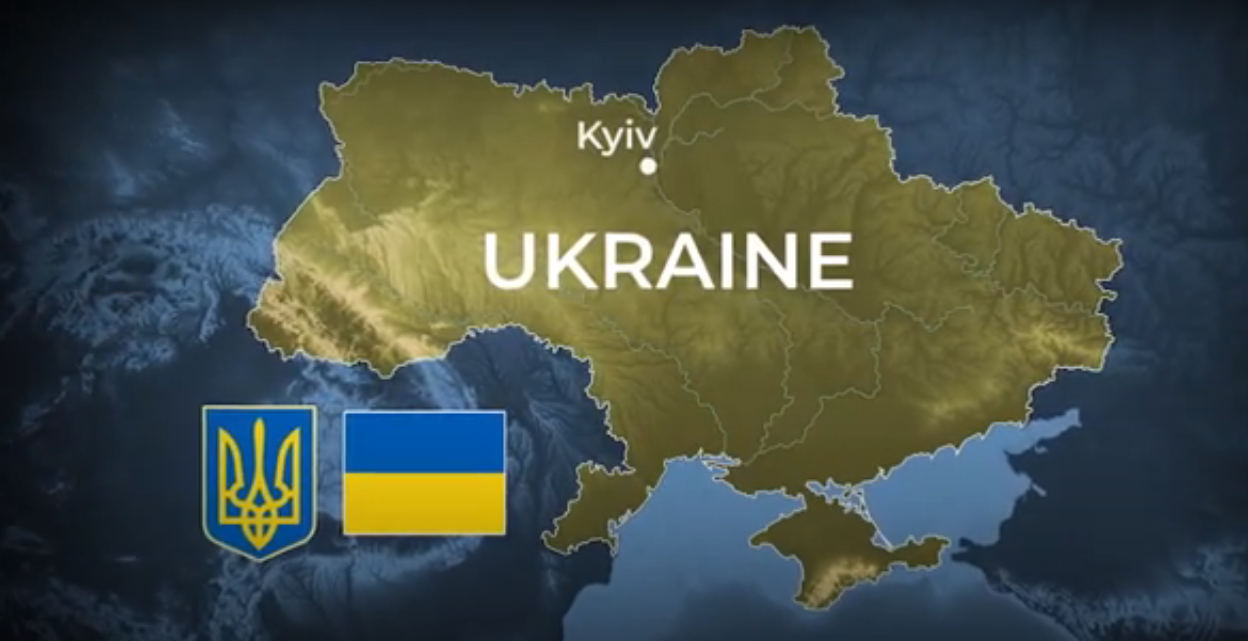 A video about the history of Ukraine

Ukraine is a sovereign independent state with over a thousand years of history. Its statehood begins at the end of the 9th century. The Kyiv state, with its capital on the Dnipro river captured by The Golden Horde in the 13th century but liberated in 1362 after the Battle of Blue Waters.

Gaining new independence in the middle of the seventeenth century, the Ukrainian Cossack State, created by Bohdan Khmelnytsy. 1683, Ukrainian Cossacks in the Christian coalition defend the future of Europe in the battle with the Ottoman army near Vienna.

1710, Hetman of the Zaporozhzhian Army Pylyp Orlyk publishes the Constitution, which clearly states the rights and freedoms of Ukrainian Society.

A few years before the French Revolution, Moscow annexes the Ukrainian Cossack state. But the Ukrainian nobility defends the class of privilege. The poet- Taras Shevchenko is a symbol of the nation’s unification in these times.

At the beginning of the twentieth-century unification of all Ukrainian lands as part of the Ukrainian people’s republic. After Russia’s occupation of Ukrainian lands, the aggressor commits an act of genocide of the Ukrainian people, the Holodomor. Its victims had been 10,5 million Ukrainians. After the restoration of Ukraine’s independence in 1991, Russia prepared new acts of aggression: an attempt to invade Crimea in 2003; an attempt to carry out a coup d’etat in 2004 during the Orange Revolution; the occupation of Crimea and parts of Donbas after the 2014 Revolution of Dignity.

Russia’s open aggression, which began on February 24, 2022, is an attempt by the Russians to resolve the Ukrainian question once and for all.

The Ukrainian people, its Army, volunteers, and the entire free world oppose putin’s Russia and will win.

A video about the history of Ukraine