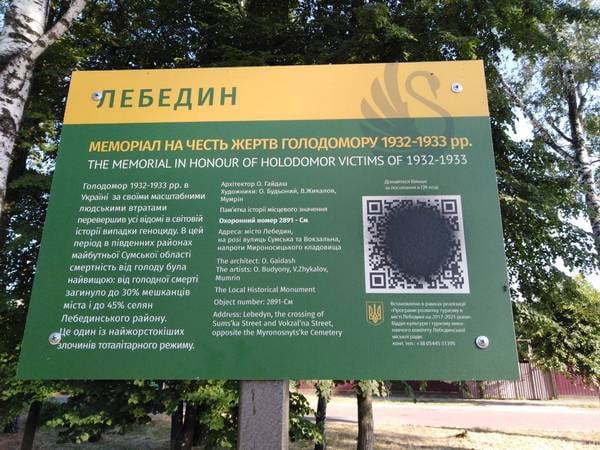 Act of vandalism regarding the Holodomor memorial place in Lebedyn

Another act of vandalism took place at the Holodomor memorial site.

Unknown people damaged an information board located near the Memorial of Sorrow at the place of mass burial of genocide victims in the town of Lebedyn in Sumy region. This was reported by the Lebedyn Art Museum.

According to Lebedyn residents, at the intersection of Sumska and Vokzalna streets, opposite the Myronosnytsia cemetery, there was a pit, where the dead were taken during the Holodomor. A memorial was erected near this place in 1993.