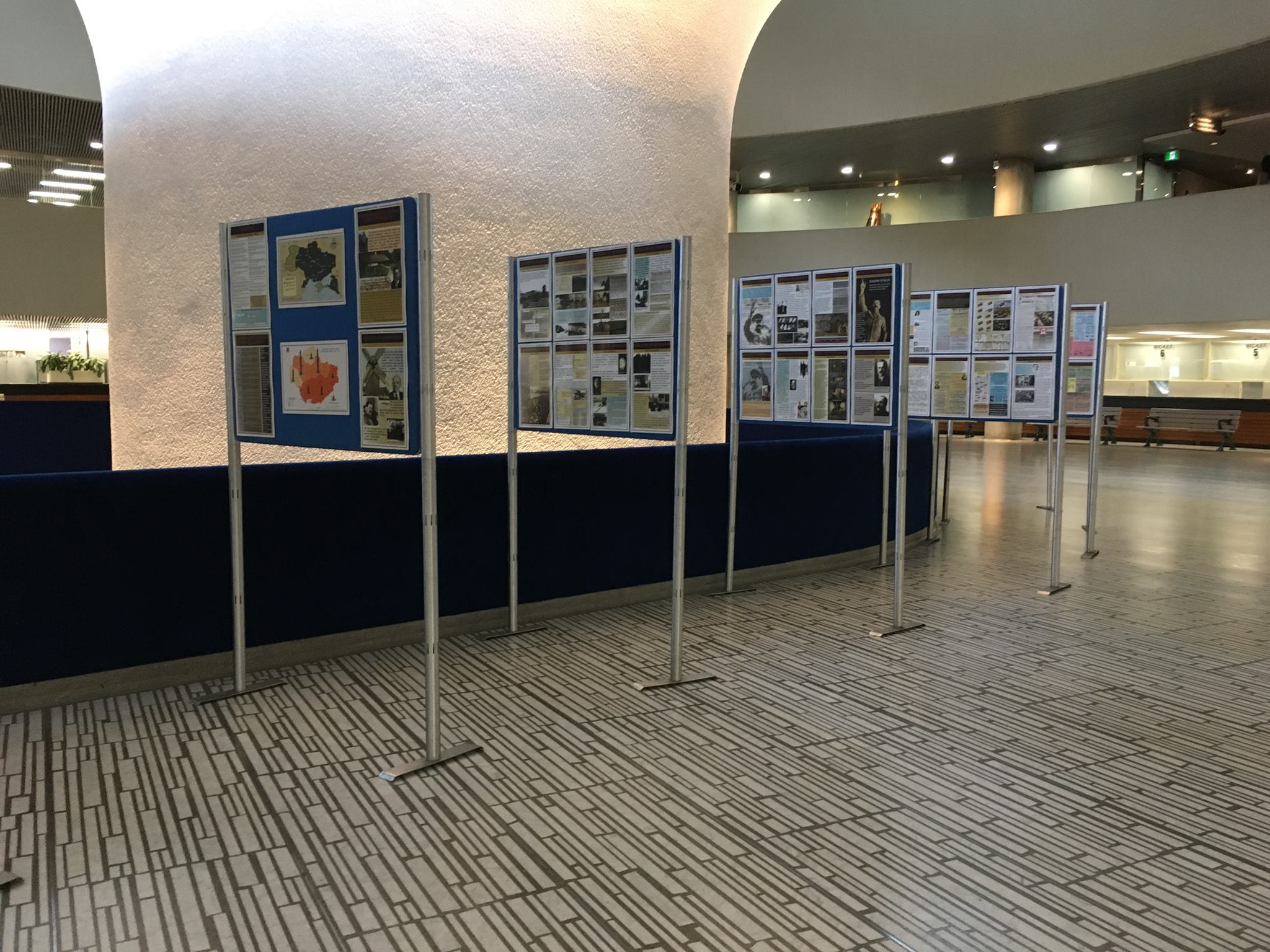 An exhibition about the history of the Holodomor-Genocide in Ukraine takes place in the Toronto City Hall.

The exhibition was created by the League of Ukrainian Canadians.

Information stands are placed in the central hall of the municipality. The documents and photographs through which one can familiarize oneself with the history of the Holodomor and the consequences of genocide for the Ukrainian people are displayed there.

Recall that on October 21, 2018, a Memorial to the Holodomor victims was opened in the Canadian city of Toronto. In the center of the memorial, there is a bronze sculpture of a girl named “The Bitter Memory of Childhood” (its author is Petro Drozdovskyi), which is dedicated to children killed in 1932-1933, to children whose childhood passed during the years of genocide, and to millions of Ukrainians who were not born because of this crime.