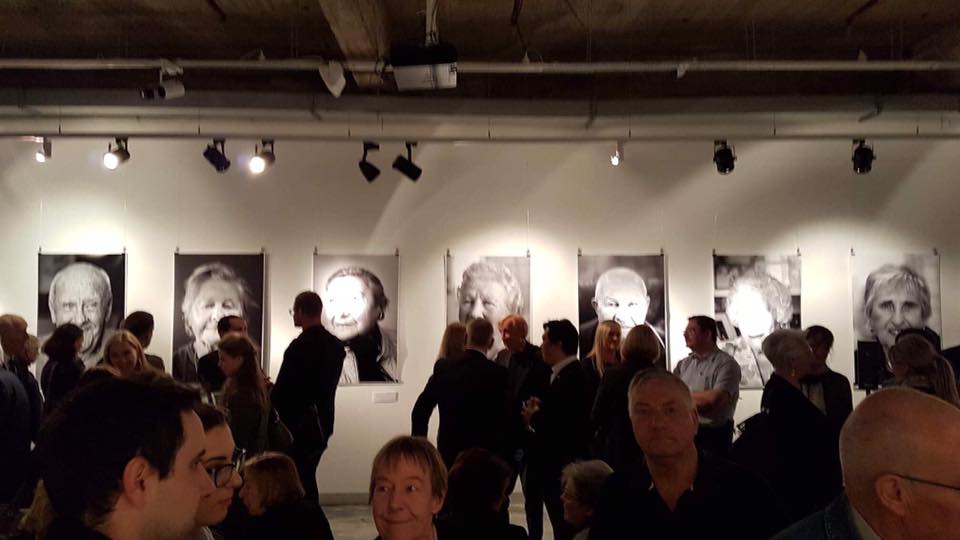 A unique exhibition of photographs of Ukrainian photographers in Australia who survived the Holodomor of 1932-1933, was opened on November 8, 2018 in Melbourne.

This is reported by the correspondent of Ukrinform.

“I sincerely thank all those who joined the organization of this exhibition and, above all, the very heroes of the project – the witnesses of those terrible events. People who agreed to take part in this unusual photo shooting, who found the strength to survive the pain again in order to make the world remember and not allow such tragedies in the future,”said Ambassador of Ukraine to Australia Mykola Kulynych at the opening of the exhibition.

The exhibition, organized on the initiative of the Union of Ukrainian Organizations in Australia, consists of 26 portraits of Ukrainians who are now living or have lived (two of those whose photographs are represented have recently died) in Australia, but witnessed the Holodomor of 1932-33 in Ukraine.

Speaking at the opening ceremony of the event Stepan Romanov, the chairman of the State Social Democratic Party, said that the efforts of the world’s Ukrainian people are aimed at reminding the world of Holodomor as genocide and condemning the perpetrators of this tragedy.

Exposition aroused considerable interest from both the Ukrainian community of Australia and ordinary Australians. Many of those, who came to the opening, sincerely admitted that they knew almost nothing about Holodomor. Visitors were extremely impressed by the fact that the witnesses of those terrible events live among them, in Australia, and also attended this exhibition.

Participation in the opening of the exhibition took Acting Minister of Health of Ukraine Uliana Suprun, who is on a working visit to Australia.

The “Holodomor is the Genocide by Starvation” exhibition will be held in Melbourne (SPACE @ Collins Exhibition Hall) and will be one of the many events taking place on the Green Continent to commemorate the 85th anniversary of the 1932-1933 Holodomor in Ukraine.