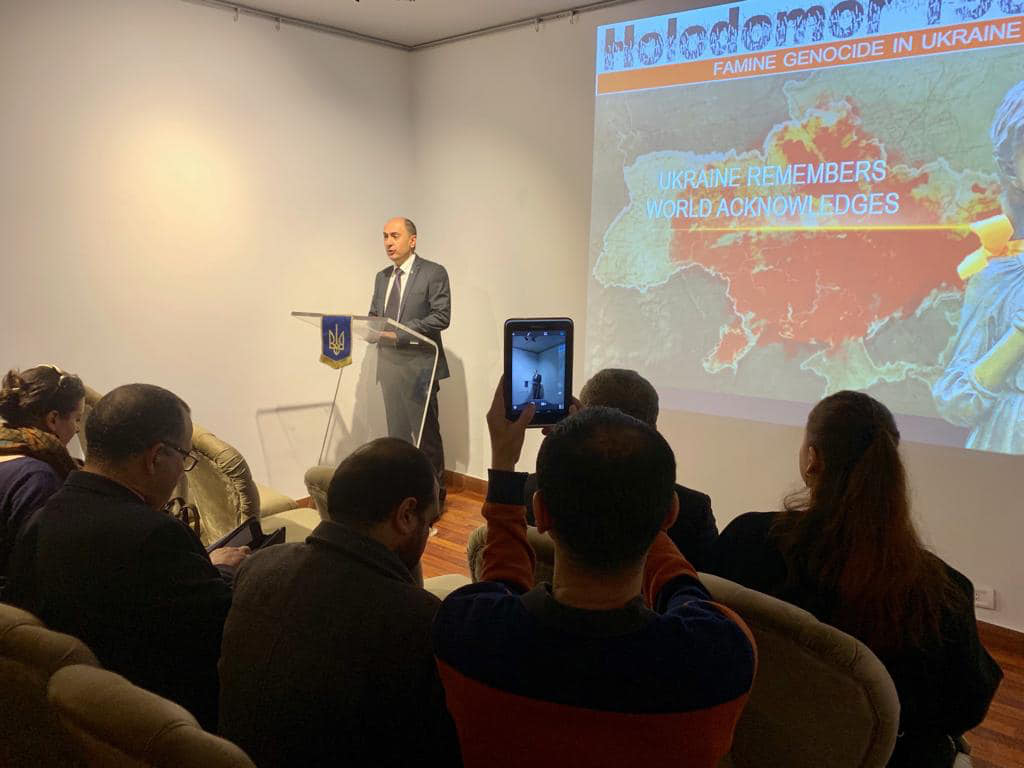 The exhibition, created by the National Museum “ Holodomor Victims Memorial”, includes photos and archival material about 1932-1933.

The 85th anniversary of the 1932-33 genocide in the capital of Egypt was followed by a press conference organized by the Embassy of Ukraine in Egypt. During the event, the embassy staff delivered reports on the historical, legal and humanitarian aspects of the Holodomor. A documentary film was demonstrated, and a brochure “Holodomor 1932-1933 – an act of genocide against the Ukrainian people” was presented in Arabic. Also, an exhibition dedicated to the Holodomor was opened in the gallery of Cairo. Everyone interested can visit it.