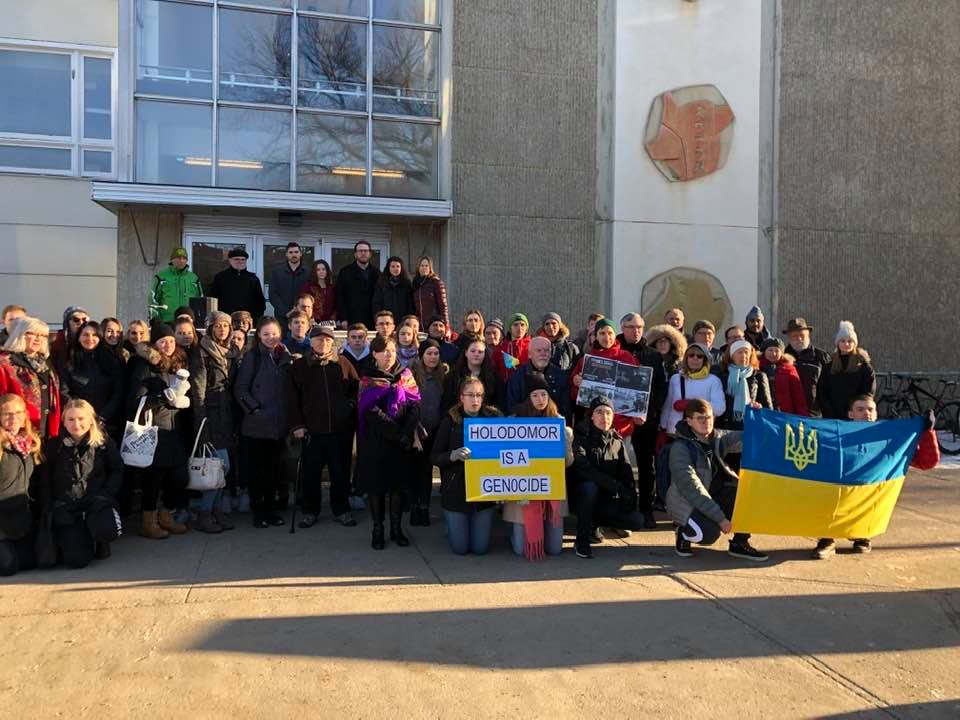 Canadian Students Call On to Fire Professor Who Denies the Holodomor

Students at the University of Alberta, Canada, call on to fire the lecturer who called the Holodomor a “lie” and a “myth”, according to The Globe and Mail.

The scandal began with lecturer Dougal MacDonald’s post on Facebook. He called the Holodomor “a lie perpetuated with fake photorgaphs and news stories spread by former Nazi collaborators.”

The Ukrainian student’s Society of the University considers his post to be hate speech and has already stated that he should not teach at the university.

On December 2, about 100 people protested against the denial of the Holodmor genocide at the University of Alberta.