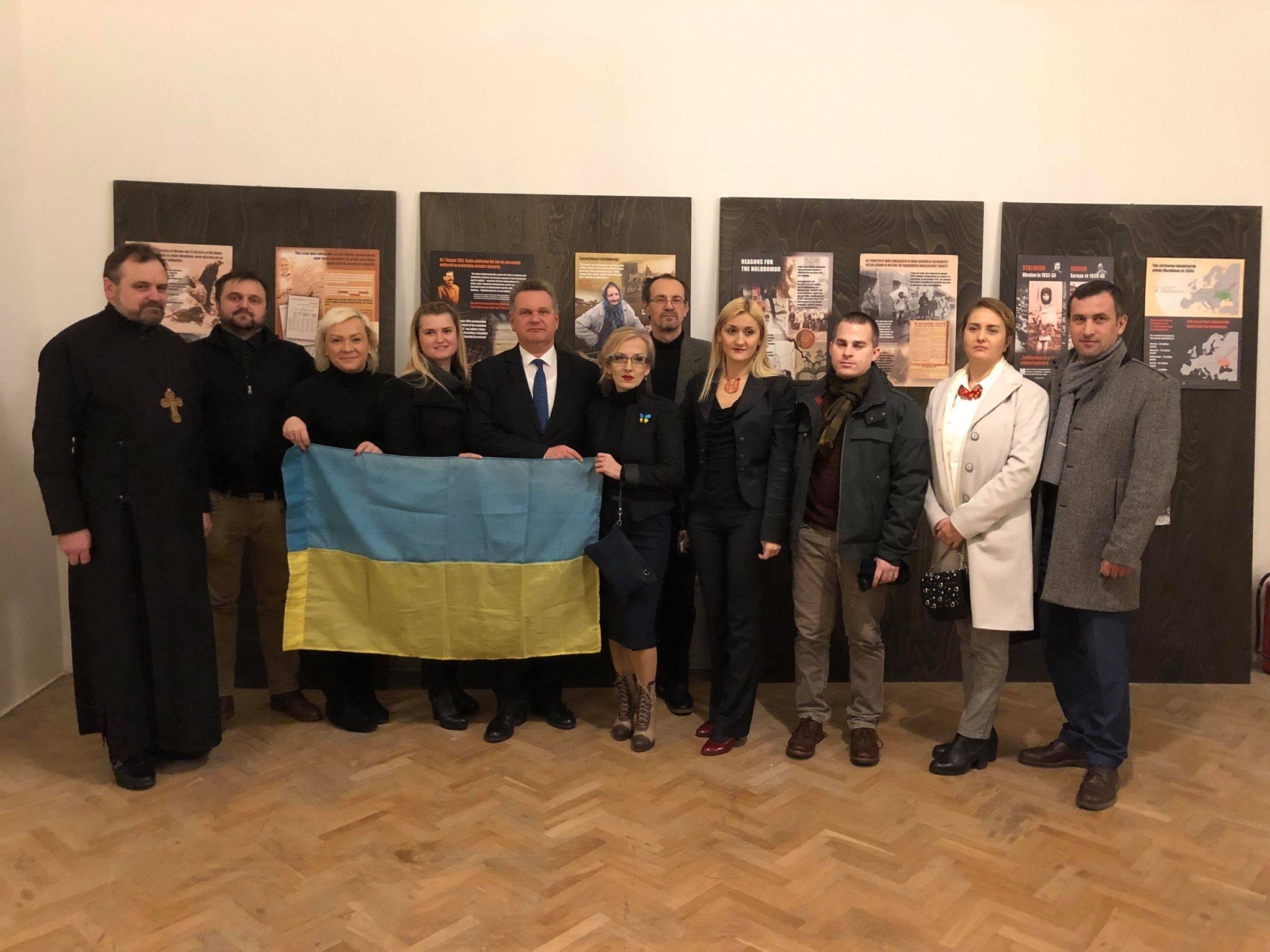 Documentary film about Holodomor was shown in Slovakia

The press service of the Embassy of Ukraine in Slovakia reports: on November 29, 2018, the Ukrainian-Slovak Initiative, with the assistance of the Ukrainian Embassy in the Slovak Republic, organized a documentary short film about Holodomor of 1932-1933 in Ukraine by young Ukrainian director Alina Golovina.

The event is timed to the 85th anniversary of  Holodomor-Genocide. Within the framework of the event, the theme exhibition “Famine-stricken: an unknown Genocide of Ukrainians” was opened. Following the film, it happened a discussion with the involvement of Slovak political scientists and members of the public.

It should be remined, that shooting the film in October 2017 was held on the territory of the Holodomor Victims’ Memorial. In particular, interviews with museum scholars, historians-experts and, directly, three witnesses of Holodomor were recorded.