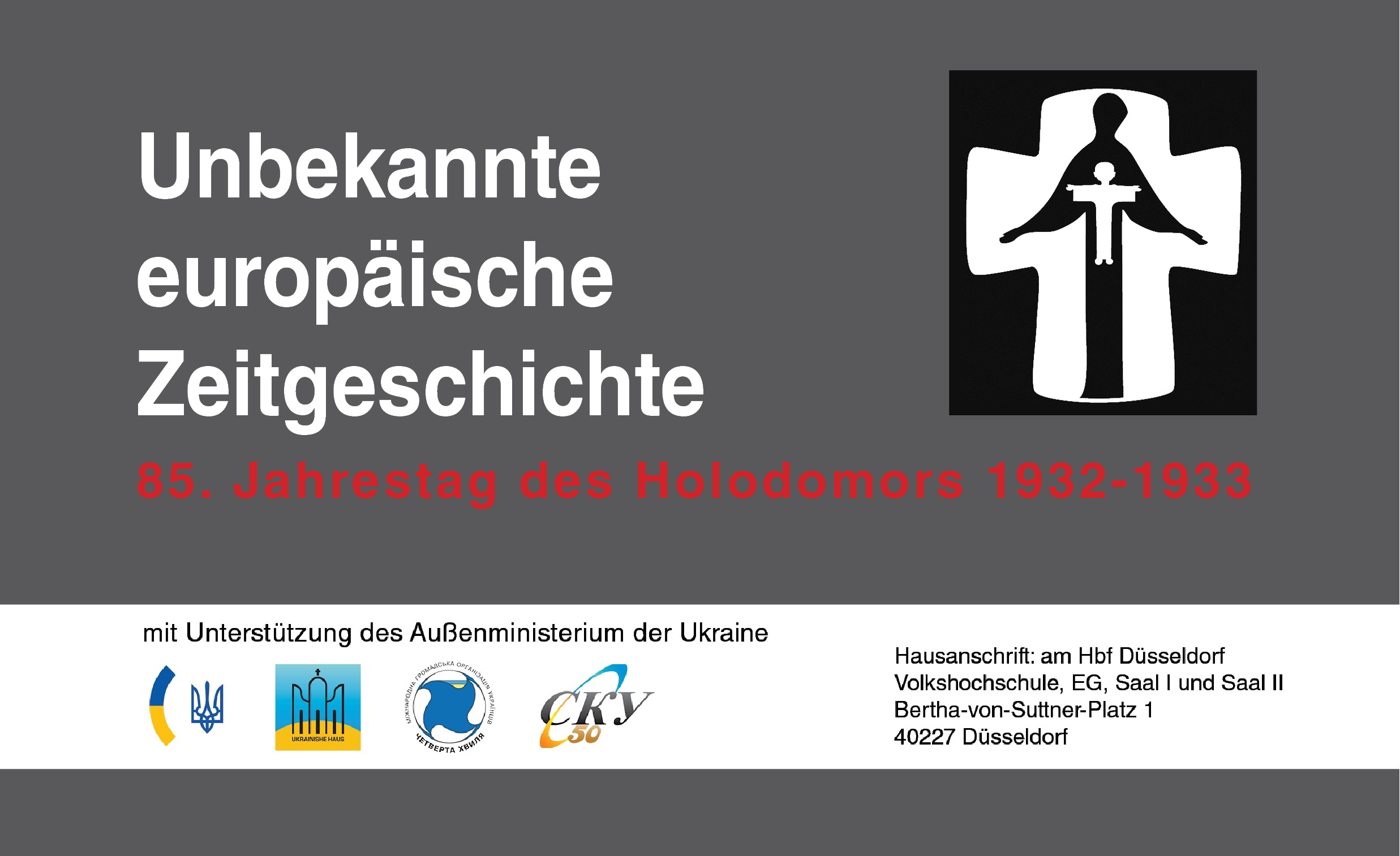 Holodomor Museum staff will participate in a scientific colloquium dedicated to the 85th anniversary of Holodomor-Genocide (Dusseldorf, Germany)

October 13, 2018 to commemorate the 85th anniversary of the Holodomor-genocide a scientific colloquium will be held in Düsseldorf (Federal Republic of Germany).Its organizers are Social, Cultural and Educational Organization “Ukrainian House Dusseldorf”,  International Ukrainian Organization “Fourth Wave”, headed by the Chairman of the organization Irina Hawk. Colloquium will be supported by the Ministry of Foreign Affairs of Ukraine.

During the event General Director of the National Museum “Memorial to Holodomor victims’ Olesia Stasiuk and leading researcher of the Research Department of the museum Professor Arsen Zinchenko will make presentations.

Ukrainian and German scientists Professor Vasyl Marochko (Chairman of the Association of Holodomor researchers, Kyiv), Professor Valentyna Borysenko (Institute of Art Studies, Folklore and Ethnology), Professor Gerhard Simon (University of Cologne) and Professor Dmiytro Zlepko (University of Munich) will speak on the issue of low public awareness of European countries and ways of solving the problem.

The scientists of the World Congress of Ukrainians Eugene Czolij will join the scientists.

As part of the scientific symposium there will be held a presentation of the exhibition “Executed by Starvationr: the Unknown Genocide of Ukrainians”, which recounts the story of the Holodomor: its causes, conditions, and consequences of the crime of genocide.

In the meantime, the Federal Republic of Germany did not recognize the Holodomor. We hope, that in the future such events and cultural and artistic events will be held more often in Germany. That will enable the citizens of Germany to learn about the history of this famine, including the political reports of German diplomats in 1932-1933, who were delivering the information about mass extinction of the Ukrainian famine. These documents are today the unique historical sources.