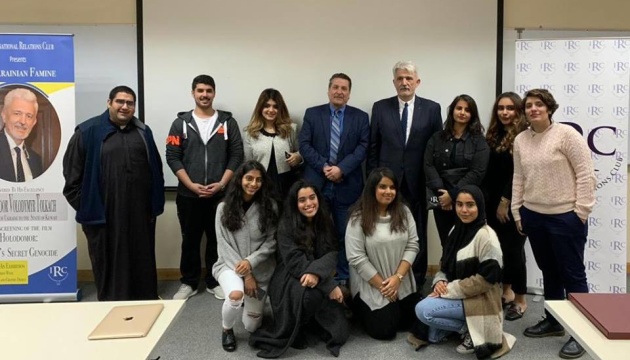 The Embassy of Ukraine in Kuwait, Ambassador Volodymyr Tolkach and Student Center for International Relations of the American University of Kuwait commemorated Holodomor victims on December 17. The Ambassador talked to the students, showed a thematic exhibition and read a historical lecture. The demonstration of the documentary film “Holodomor: Stalin’s Secret Genocide” was also organized.

After the events, the ambassador noted that the students were interested in the topic and sympathized with the tragedy of the Ukrainian people. The events were organized with the assistance of the headmanagement of the educational institution, in particular the head of the department, Dr. Roman Kulchytsky, a Ukrainian emigrant.