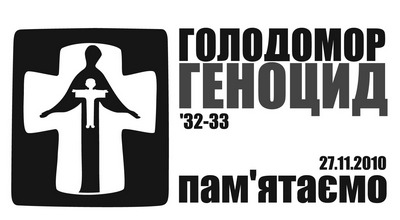 On April 27, 2010, President of Ukraine Viktor Yanukovych at a session of the Parliamentary Assembly of the Council of Europe in Strasbourg publicly denied the genocide of Ukrainians in 1932-1933 – the Holodomor, arguing that “the famine was not only in Ukraine. And if the death of people in other regions of the USSR is not considered to be a genocide, then the Holodomor is unfair to consider genocide.” The statement of Viktor Yanukovych does not correspond to historical facts, has no logical explanation, except that it was a confirmation of his pro-Russian policy. This caused concern of the Ukrainian intelligentsia about the proper conduct of sorrow events in the memory of the victims of Holodomor by the state, and then a Public Committee on commemoration of Holodomor-genocide of 1932-33 victims was created on November 27, 2010 at the Holodomor Victims Memorial Hall by call of the public, without the participation of representatives of that time authorities, and gathered thousands of people, the hierarchs of Ukrainian churches and denominations served a memorial service, and President of Ukraine (1991-1994) Leonid Kravchuk addressed the people with a speech.