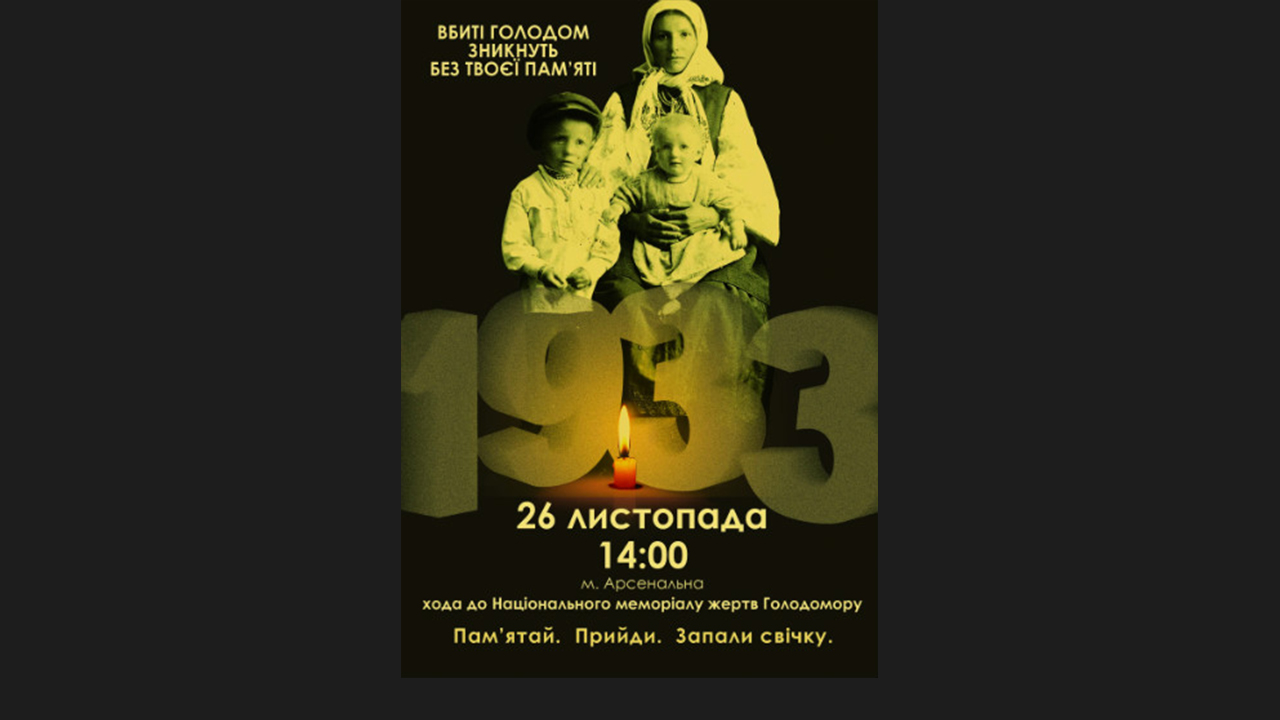 On November 26, 2011, events regarding Holodomor-genocide victims commemoration  took place in 2 stages at Holodomor victims memorial. In the afternoon – with the participation of the President of Ukraine Viktor Yanukovych and Presidents of Ukraine (1991 – 2010) Leonid Kravchuk, Leonid Kuchma and Viktor Yushchenko, politicians and government representatives. At 4 P.M. thousands of Ukrainians, NGOs and opposition politicians gathered at the Holodomor Memorial, organized by the Public Committee of commemoration of Holodomor, the genocide of 1932-1933, victims, that held commemorative events without any party symbols. The sorrowful events also took place in all regional centers, villages and cities of our country, as well as in 32 countries of the world.