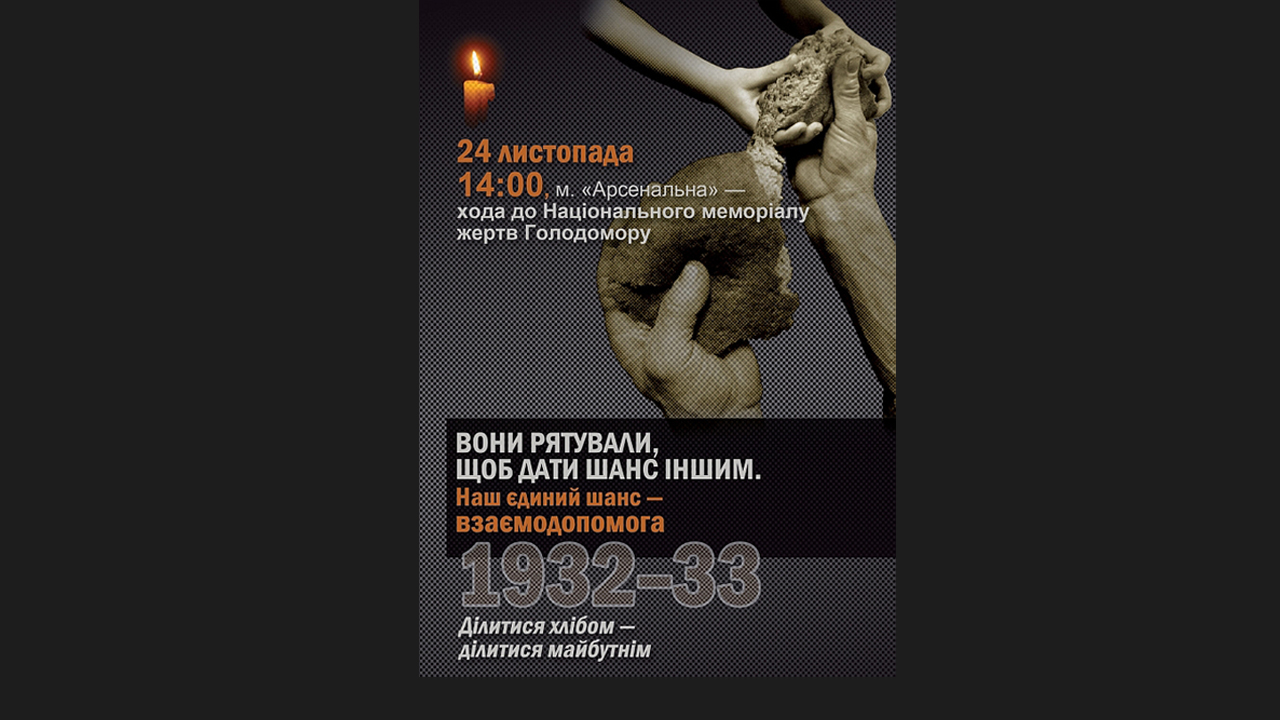 On November 24, 2012, Ukraine honored 7 million victims of the Holodomor. The events were held in two stages: during the day the governmental authorities gathered in the Holodomor Victims Memorial, at 4 P.M. – the public. The Committee for the Remembrance of the Memory of the Holodomor-genocide of 1932-33 Victims organized the events again. The heroicity of people who saved their compatriots from the starvation was chosen as a theme of a memorable day. A memorial service for the souls of the dead was held on the territory of the Holodomor Victims Memorial. Thousands of people honored the memory of the victims of the 1932-1933 genocide by a minute of silence and ignition of candles.

Since the middle of November, Ukrainians from all over the world have commemorated the Holodomor 1932-33 victims: on November, 17th – in the USA, on November, 18th – in France, on November, 23th – in Italy, on November 24th – in Canada, Germany and Australia.