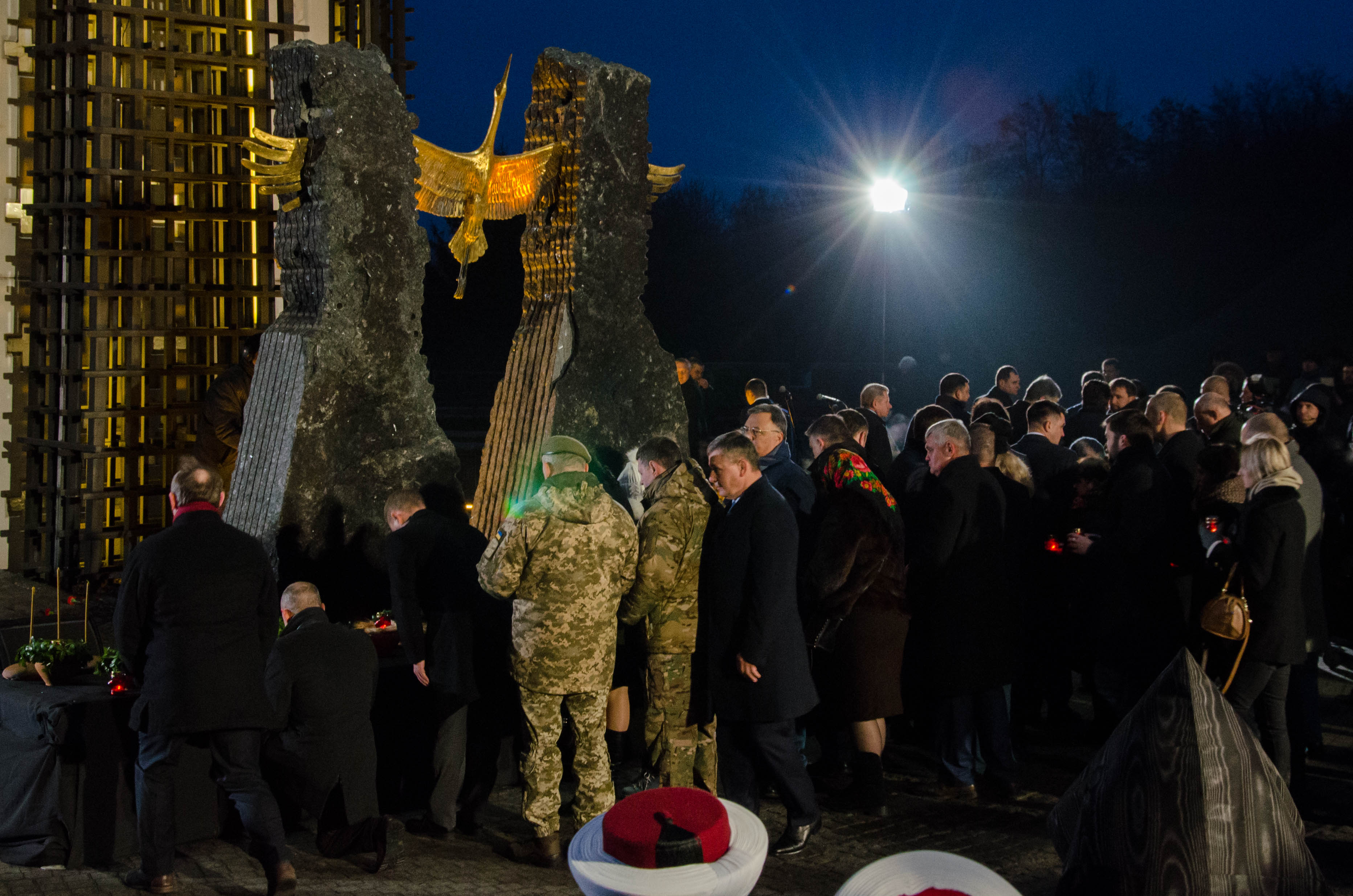 This year the fourth Saturday fell on November 25th. Thousands of people came to the National Museum “Holodomor Victims Memorial” to commemorate more than 7 million Ukrainians killed by the communist Soviet government during 1932-1933. The mourning ceremony was attended by top state officials. In particular, by the President of Ukraine Petro Poroshenko, Prime Minister Volodymyr Groisman, First Deputy Chairman of the Verkhovna Rada Iryna Gerashchenko, Head of the Mejlis of the Crimean Tatar People Refat Chubarov, representatives of the clergy, the public, the diplomatic corps, government officials, and People’s Deputies. State officials also brought pitchers with grain and symbolic five ears of grain to the sculpture “The bitter memory of childhood”. Near the central part of the Memorial – “the Candle of Memory” – the leaders of the Ukrainian Christian churches organised Memorial service and prayers for Ukrainians killed by starvation.

The President of Ukraine stressed on our duty to remember these events, and also noted that “Russian aggression against us is a continuation with other methods of the same policy on the destruction of Ukraine that Moscow introduced in the 30’s of the last century”.

After Petro Poroshenko’s speech, a moment of silence was announced and the All-Ukrainian action “Light the Candle” was launched. As every year, Ukrainians around the world perpetuated killed by starvation people, lighting candles at their windowsills at 16.00.

The Hall of Memory of the National Museum “Holodomor Victims Memorial” worked from 16.00 until 22.30. The visitors put candles on the Altar of memory, had the opportunity to watch documentary films, exhibitions “We were killed because we are Ukrainians” and “The Broken Circle”, to read the National Book of Memory of the Holodomor victims, to listen to the psalms performed by the ethnographic chorus “Homin”. Everyone also received memorial bread.

On the street near the sculpture “Bitter memory of childhood” films about the Holodomor were shown, the guests of the Memorial put candles, brought flowers, grain and bread.