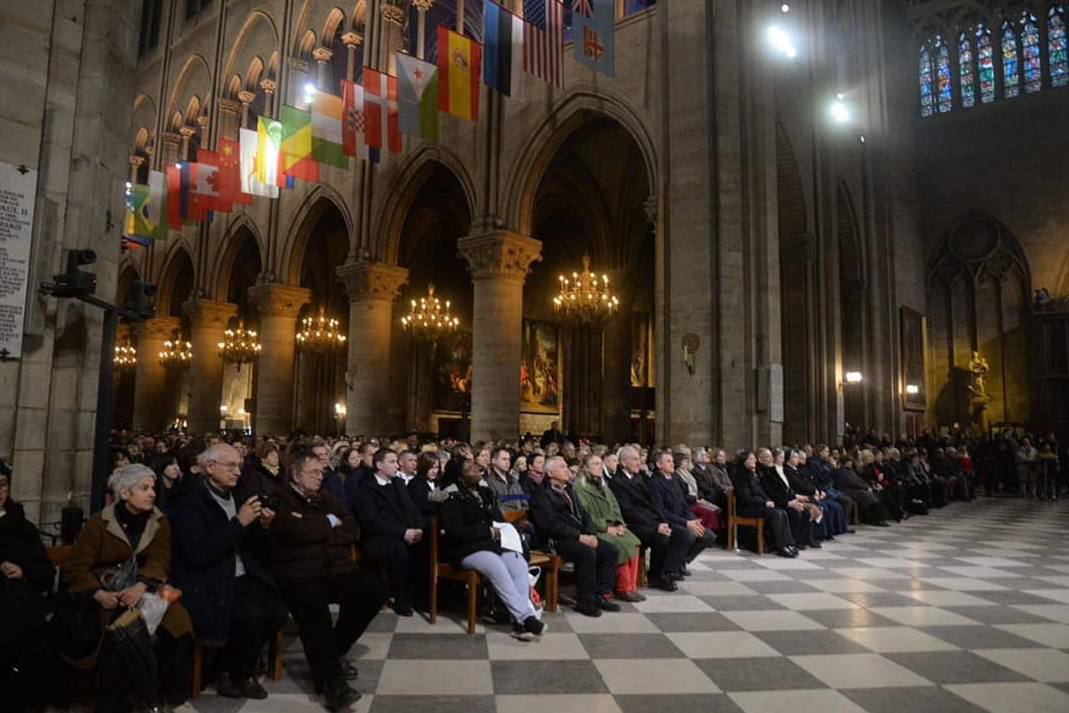 Holodomor victims were honored in Paris

Commemorative events took place in Paris, devoted to the 85th anniversary of 1932-1933 Holodomor.

Oleh Shamshur, the Ukraine’s Ambassador Extraordinary and Plenipotentiary to France, wrote about this on Twitter, Ukrinform reports.

“The memory of the innocent victims of the Holodomor lives in our hearts. Today, by prayer in the main temple of Paris and laying wreaths to the eternal flame under the Arc de Triomf, along with the Ukrainian community of France, we honored the victims of the 1932-1933 genocide “, – the ambassador said.

Borys Gudziak, Bishop of the Ukrainian Greek Catholic Church, head of the diocese of St. Volodymyr the Great, held the memorial service to commemorate the victims of Holodomor of the Ukrainian people in the main church of Paris – the Cathedral of Our Lady of Paris.