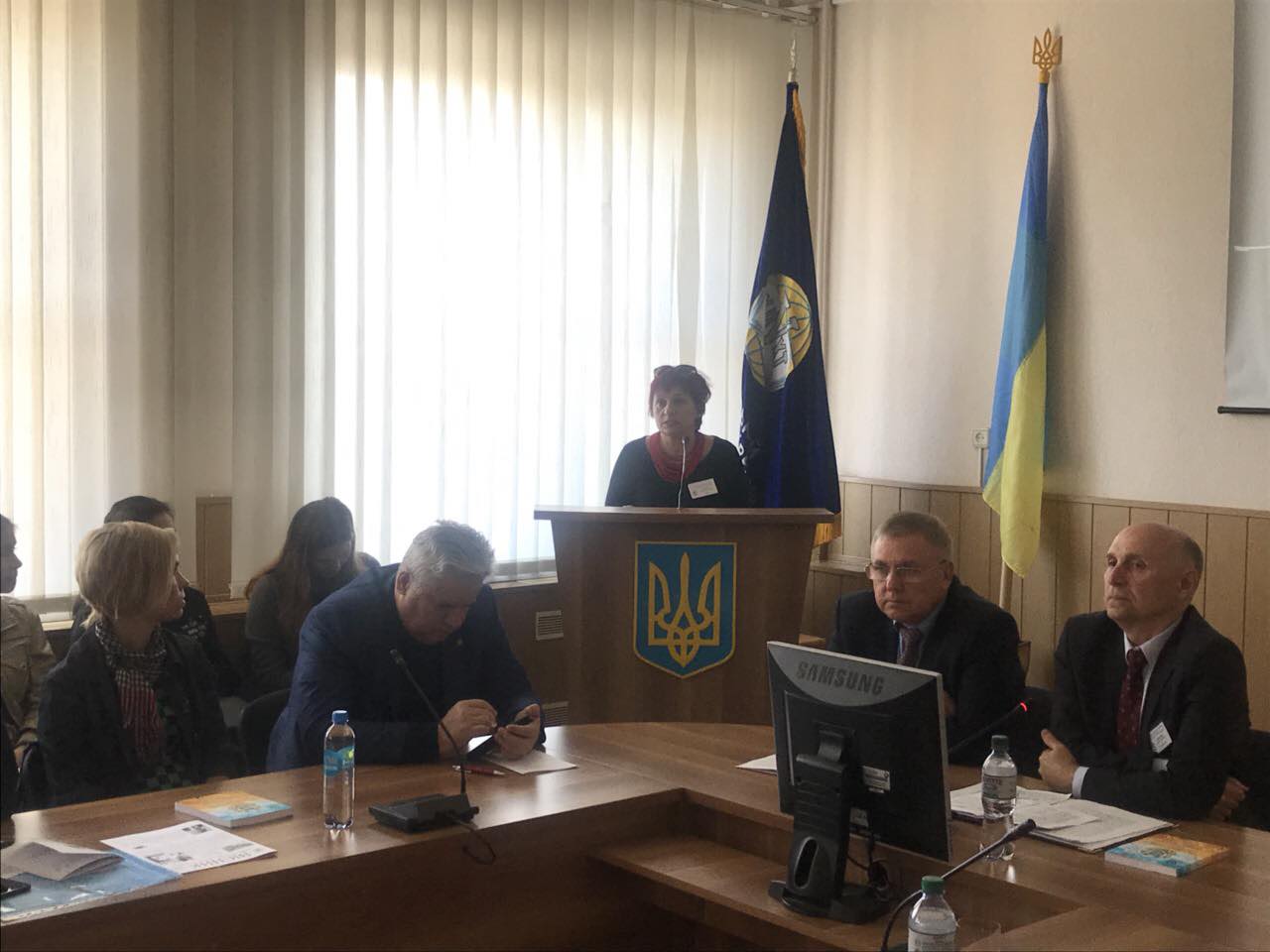 In Kharkiv, The All-Ukrainian Scientific and Practical Conference, devoted to the 85th anniversary of Holodomor-genocide, was held

On October 18, 2018, the All-Ukrainian Scientific and Practical Conference “Totalitarian Society as a Threat for the Development of a Democratic State” (on the 85th anniversary of Holodomor in Ukraine) was held at the Kharkiv State University of Nutrition and Trade.

“While honoring the imperishable memory of the Holodomor victims, we should try to answer the sacramental questions: why and by whose guilt such a great sorrow could have happened? For what purpose were murdered people who have not been blamed for nothing? And the main thing is how do we all today perceive this great tragedy, what the historical echo of the Holodomor in the hearts of the younger generation should be?”, said in an introductory speech the rector of the Kharkiv State University of Nutrition and Trade, academician of the Ukrainian Academy of Sciences Oleksandr Cherevko.

The conference was attended by historians of the Holodomor, Ukrainian writers, and clergy.

1. Philosophical, sociological and cultural aspects of the functioning of the totalitarian society.

2. Historical and legal principles of comprehension of national history events in the context of the development of Ukrainian statehood.

4. European choice of Ukraine and the integration of science and education into international space.

The program of the conference and theses of the reports can be found on the website of the Kharkiv State University of Nutrition and Trade.