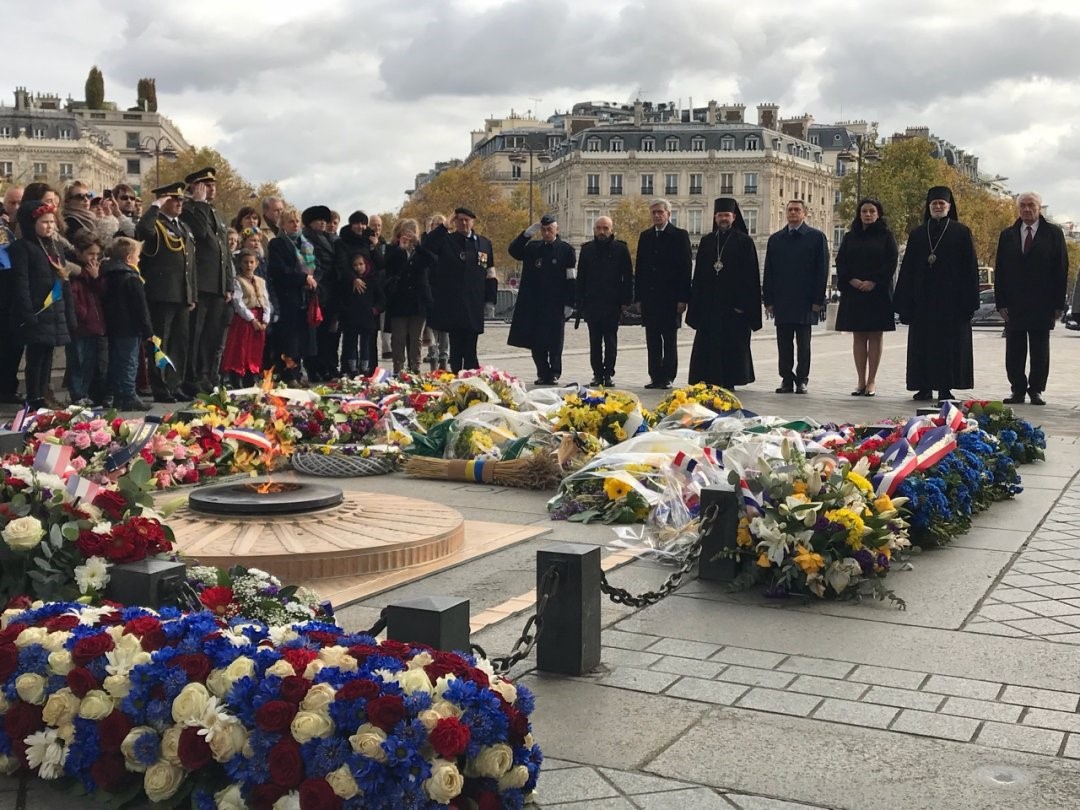 In Paris Holodomor victims were commemorated

In the center of Paris was an action dedicated to commemorating the victims of the Holodomor of 1932-1933, reports Ukrinform.

Deputy Prime Minister of Ukraine for European and Euro-Atlantic Integration Ivanna Klimpush-Tsentsadze, President of the World Congress of Ukrainians Yevgeny Czolij, Ambassador of Extraordinary and Plenipotentiary of Ukraine to France Oleg Shamshur took part in the event.

They paid tribute to the memory of those who perished during the Holodomor by laying flowers to eternal fire under the Arc de Triomphe in Paris.

The ceremony was also attended by the leaders of Ukrainian associations in France, representatives of the Ukrainian diaspora, who came to Paris from different corners of France.

“There are now days in honor of the memory of the Holodomor victims in France, and laying flowers today is another opportunity for us to worship and honor the memory of the dead Ukrainians, the victims that our nation suffered and felt completely,” said Ivan Klympush- Tsintsadze.

In addition, the main cathedral of France – Notre Dame de Paris – held a commemorative service to victims of the Holodomor.