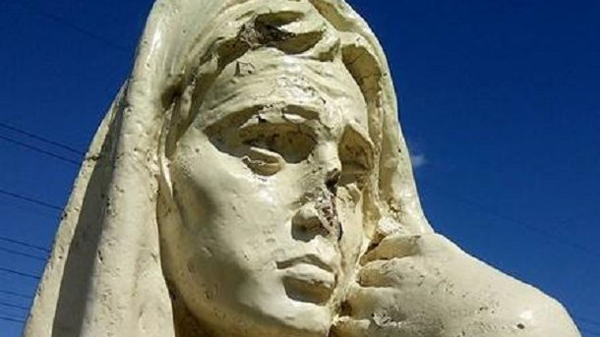 In Zaporozhye, the vandals damaged a monument to the victims of the Holodomor

On April 23, 2018 the unknown people destroyed the monument to the victims of the Holodomor in the center of Zaporizhzhya, breaking the nose of a woman symbolizing Ukraine-mother, who misses her children, reports ZaBor local resource.

The sculptural composition is located in the central, Voznesenivsky district of the city, in the park named after Alexander Poljak.

The monument is a six-meter marble cross, near which there is a grieving woman. The composition is created in black and white, and in the foot there is an inscription “To the Victims of the Holodomor of 1932-1933”.

The monument was damaged once more in 2014, then it was restored at the expense of the communal enterprise.