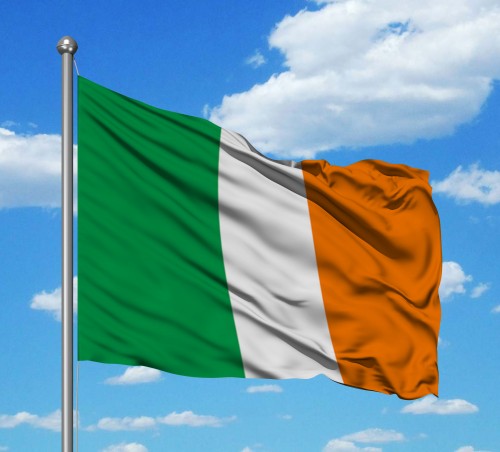 Ireland has recognized Russia’s war against Ukraine as genocide

On May 30, 2022, the Senate of Ireland adopted a resolution recognizing Russia’s war against Ukraine as genocide of the Ukrainian people.

The head of the Irish Senate, Mark Daly, announced this on Twitter on June 1. 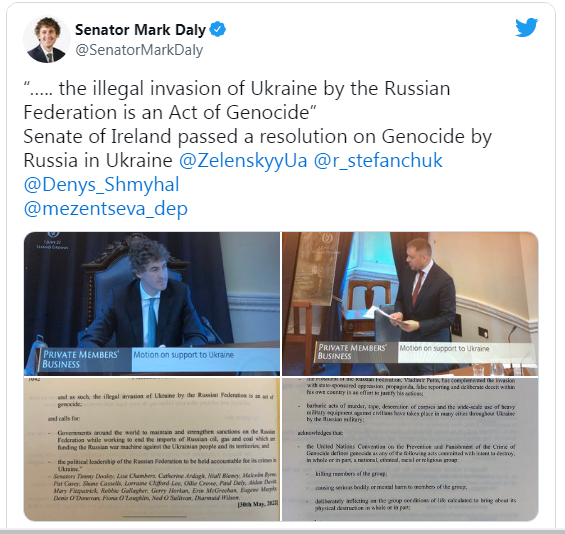 “The illegal invasion of Ukraine by the Russian Federation is an Act of Genocide. The senate of Ireland passed a resolution on Genocide by Russia in Ukraine,” the senator said in a statement.

According to the resolution, Russia’s political leadership must be held accountable for its crimes in Ukraine.