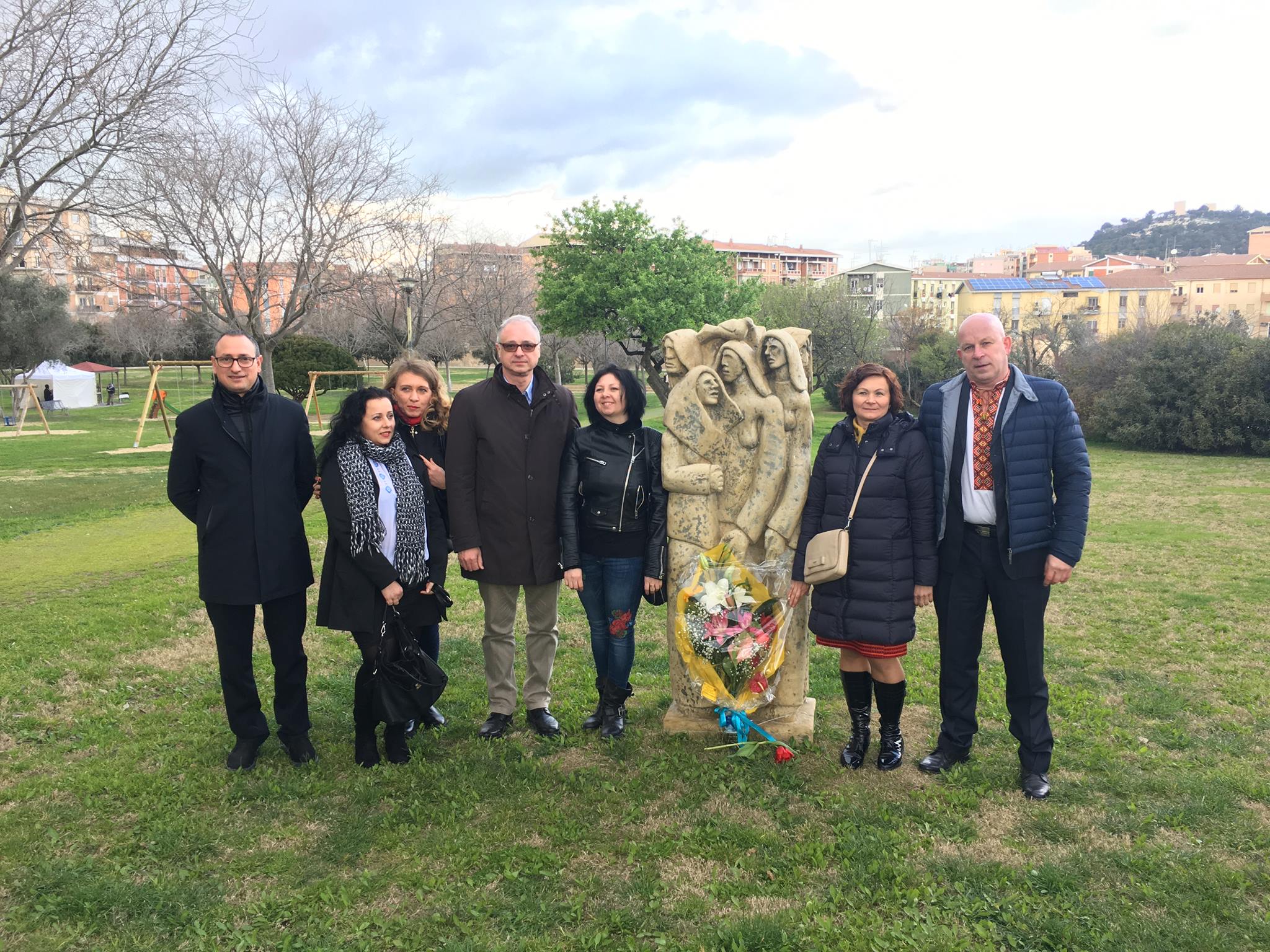 The Italian sculptor Armando Lecca received the state award of Ukraine – the Order of Merit  (III Degree) – for the production of a monument to victims of the Holodomor of 1932-33 in Ukraine installed on the Italian island of Sardinia in the city of Cagliari, the press service of the Ministry of Foreign Affairs of Ukraine reports.

“On February 24, 2018, in Sardinia, in the presence of the mayor of Dechemomanni, the local authorities, the Ukrainian community and numerous Italian friends, the solemn, extremely warm and friendly presenting of the State Award of Ukraine Order of Merit of the III degree to the Italian sculptor, the author of the monument to the Holodomor of 1932-33 found in Cagliari, Mr. Armando Lecca,” the statement said.

We remind that on the Italian island of Sardinia in the city of Cagliari, on December 17, 2016, the first monument was opened in Italy for the Holodomor victims of 1932-1933. The monument was installed in the central park of Monte Claro.