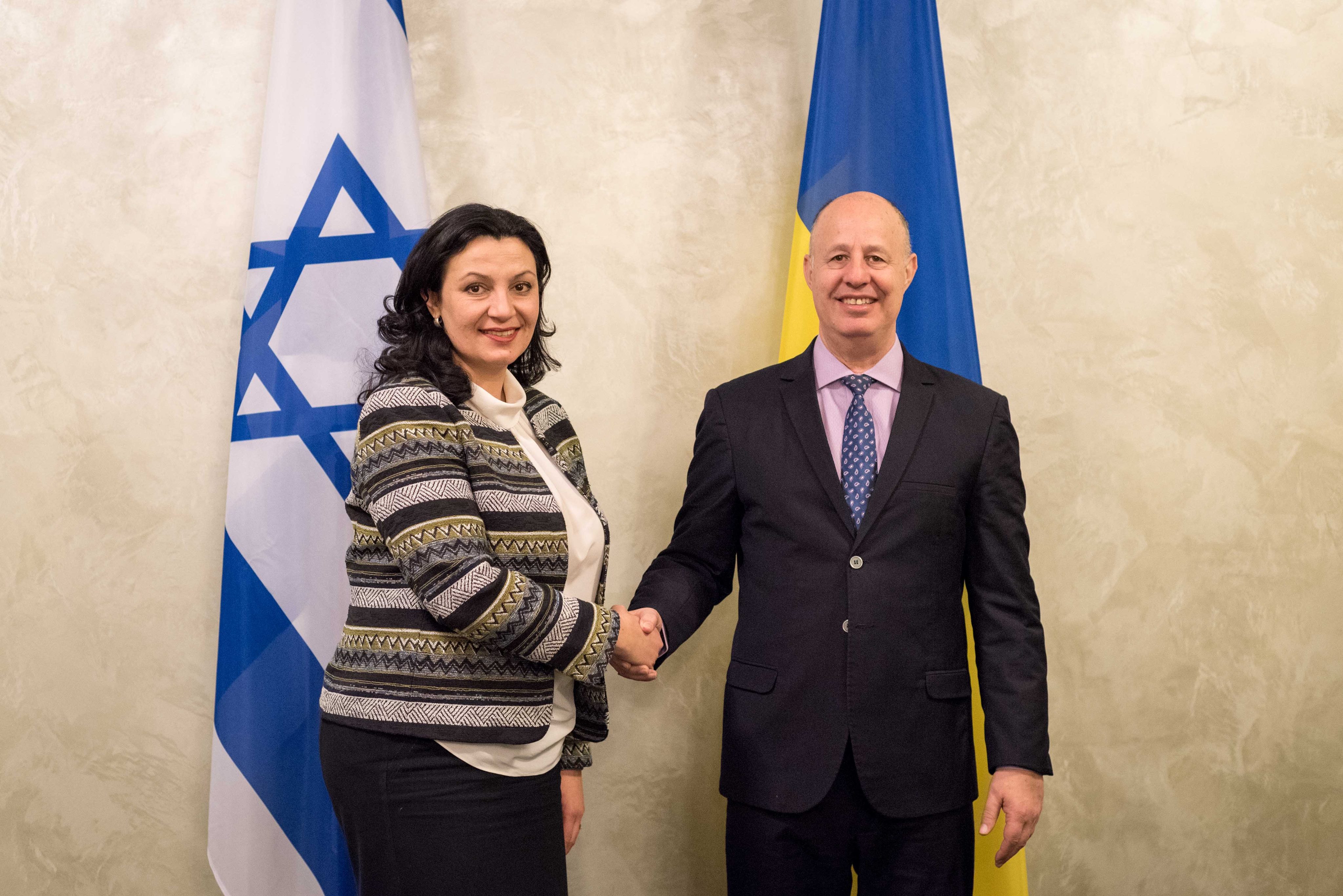 Ivanna Klimpush-Tsintsadze informed the representatives of the State of Israel that the Government of Ukraine approved the “Plan of measures for 2017-2018, related to the 85th anniversary of the Holodomor of 1932-1933 in Ukraine.”

She added that Ukraine continues to explore these tragic pages of its history and contributes to the study of this topic and the dissemination of information about it. She talked about the latest book of the famous American writer Anne Apllebaum “Red Famine” and invited the Minister to visit the Holodomor Museum in Kyiv.

We remind that after the visit to the Holodomor Memorial, the Knesset MP Akram Hason introduced a bill to recognize the Holodomor of 1932-1933 as a genocide against the Ukrainian people for consideration by the Parliament of the State of Israel.