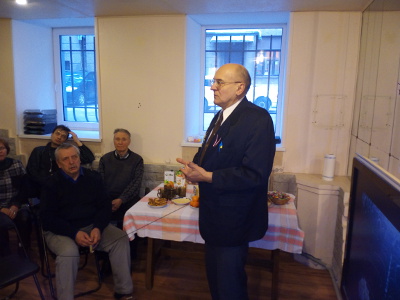 On January 27, 2018, a joint showcase of the feature film “Bitter Harvest” took place in the Latvian capital in the premises of the patriotic public organization “Latvian”, in memory of the fact that 85 years ago, at the end of January, the hardest days of the Holodomor began, reports Ukrinform.

“Bitter harvest” was watched by friends of Ukraine, Latvian activists from the patriotic organization “Latvian” and representatives of the Ukrainian diaspora, after which a discussion of what they watched was held. The Ukrainians described some details of the terrible events of 1932-1933, which are not in any artwork, as well as the Day of Memory of Kruty Heroes.

In turn, the Riga activists advised to watch the Latvian documentary “Soviet Story”, in which nearly a quarter of the material is devoted to the Holodomor – the genocide of Ukrainians. The Latvians also noted that they are looking forward to new films about modern and contemporary history of Ukraine – “Cyborgs”, “Myth”, “The Defenders 1918” and so on.