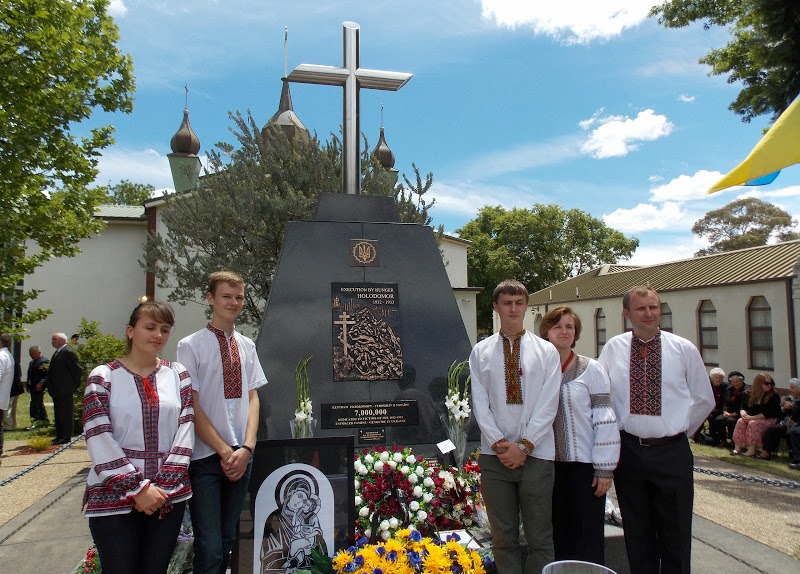 Monument to the Victims of the Holodomor-Genocide: Canberra

Ukrainians around the world commemorate the Holodomor-genocide victims. Monuments to this terrible crime are installed in the most remote corners of the world. One of such monuments was established in 1985 on the territory of the Ukrainian Orthodox Center in the capital of Australia, Canberra.

The memorial consists of two parts: the monument in the form of a cross and its symbolic shade of mosaics on the wall of the church of St. Nicholas.

The initiator of the installation of the monument and the author of the idea was the head of the Office of the Union of Ukrainian Organizations in Australia in New South Wales, Yuri Mentsinskyi.

The memorial was built at the expense of the Ukrainian diaspora in Australia; the project was created by Yurii Denysenko

Construction began in 1983; the official opening took place in 1985. It was attended by the future prime minister of Australia John Howard. The monument was consecrated by the hierarchs of the UAOC in the diaspora and the UGCC.

Also, on the territory of the Ukrainian Orthodox Center, called”The 1000th Anniversary of the Baptism of Ukraine,” a museum is located, where there are some exhibits about dekulakization and Holodomor.

Every year in November, near the memorial, the Ukrainian community of Australia honors the victims of the Holodomor-Genocide and lights the candles of sorrow.