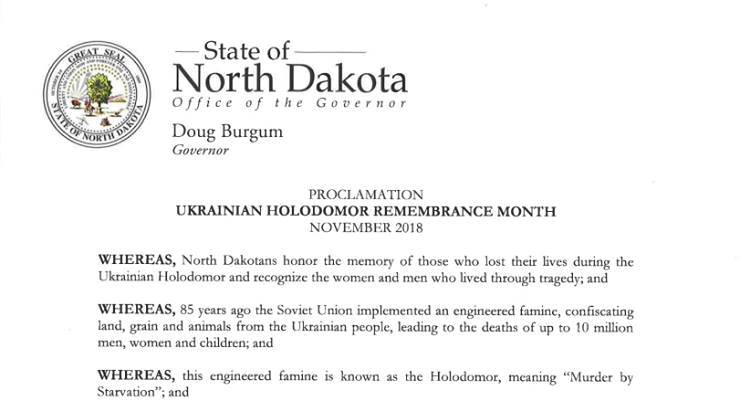 North Dakota, in the person of the Governor of the State of Doug Burgum, officially joined the commemoration of the 85th anniversary of 1932-1933 Holodomor in Ukraine, of the Embassy of Ukraine in the United States informs on Facebook page.

November 2018 was officially announced the month of t memory of Holodomor-Genocide victims in the state.

Recall that on October 12, 2018, the Governor of Minnesota Mark Dayton signed a document proclaiming October 28, 2018, the Day of the commemoration of Holodomor-Genocide victims.