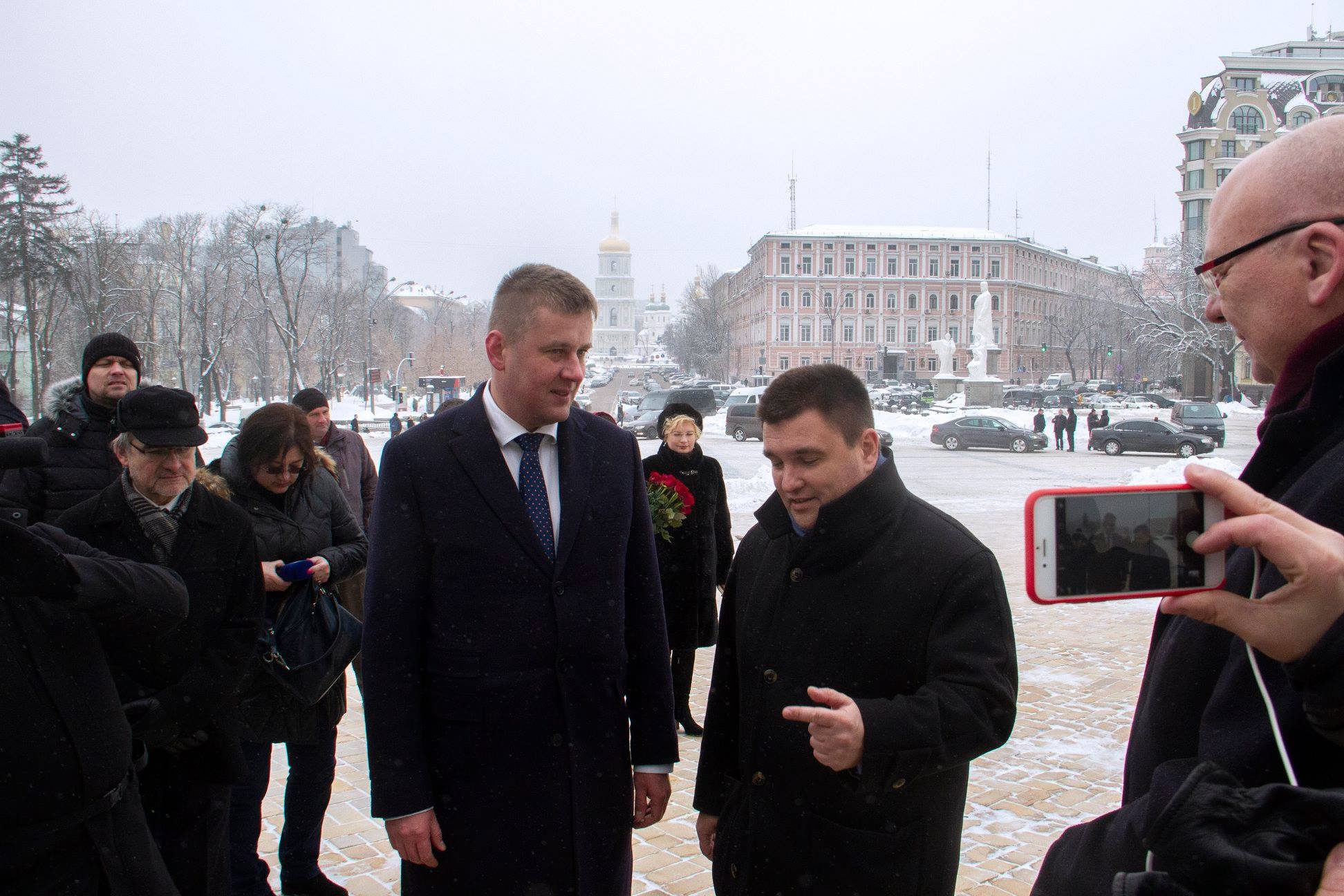 During the official visit of Czech Minister Foreign Affairs Tomas Petrshichek to Kiev, he and his Ukrainian colleague, Pavel Klimkin, honored the victims of the Holodomor, by laying flowers at a memorial near the St. Michael’s Golden-Domed Monastery. This was reported in Twitter of the Ministry of Foreign Affairs of Ukraine.

Mr. Tomas visited Ukraine on a working visit to discuss economic and trade prospects, cooperation within the EU and exchange of experience of reforms, as well as to express support for initiatives aimed at the implementation of European and Euro-Atlantic integration.

We remind that the Czech Republic was one of the first countries to recognize the Holodomor-genocide of 1932-33 at the state level. This was approved by the decision of the House of Representatives on November 30, 2007. Also every year, the largest cities in the Czech Republic, Prague and Brno join the international action “Let’s burn a candle of memory”.