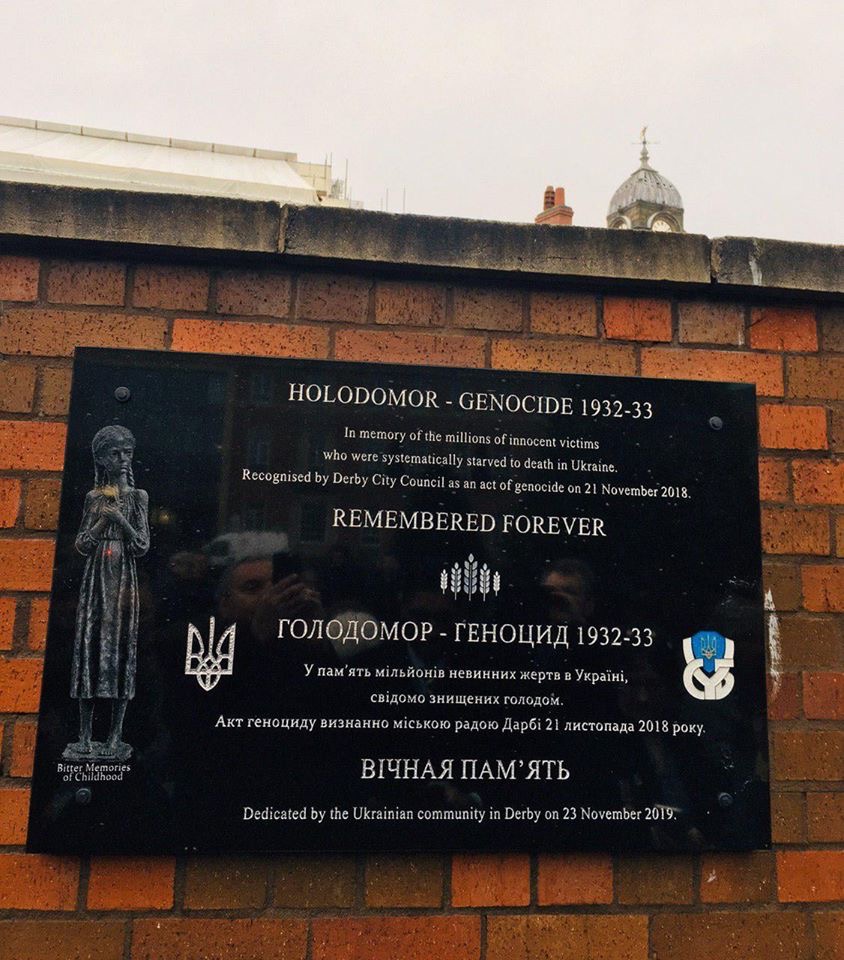 On November 21, 2018, the Darby City Council unanimously decided to recognize the Holodomor as an act of genocide. The consideration of this issue was initiated by the Darby Division of the Association of Ukrainians of Great Britain.

A memorial plaque dedicated to the Holodomor was unveiled at the Sir Peter Hilton Memorial Park on November 23, and a premiere screening of the movie “Mr. Jones” took place later.

We thank the Ukrainians who live in the UK for preserving and spreading the truth about the Holodomor-Genocide.