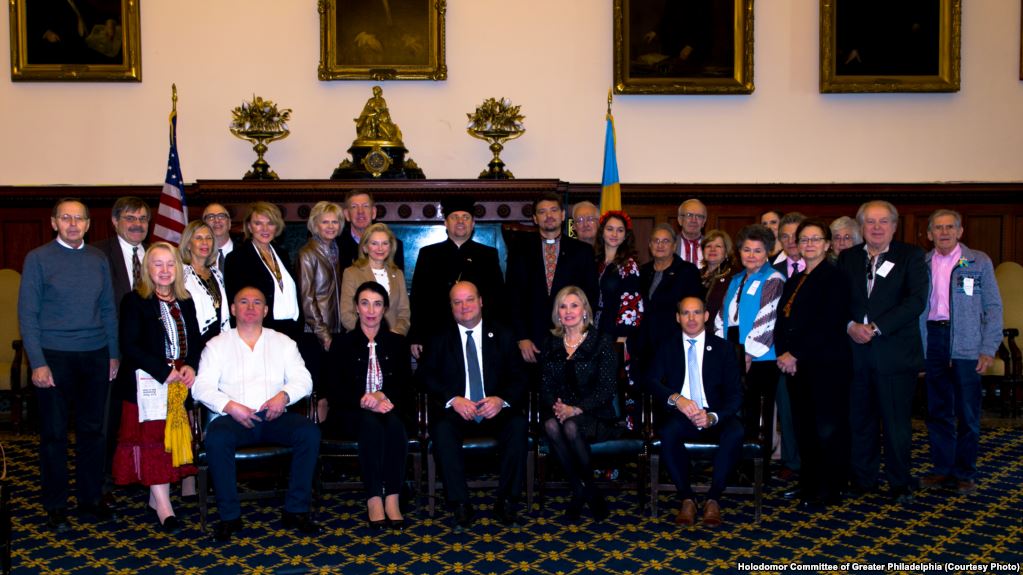 On October 18, 2018, the city council of Philadelphia, Pennsylvania, mayor of the city Jim Kenny and the authorized ambassador of Ukraine to the United States Valery Chalyi solemnly presented a resolution on the Holodomor. The document proclaims November 2018 to be “The Month of Memory of the Victims of the Genocide of Ukrainians”.

The city of Philadelphia officially joined the commemoration of the 85th anniversary of the Holodomor-Genocide.

On October 4, 2018, to the 85th anniversary of the Holodomor, the US Senate unanimously adopted a two-party resolution, which became the first ever legal act of the US Congress, where the Holodomor of 1932-1933 was recognized as a genocide of the Ukrainian people.