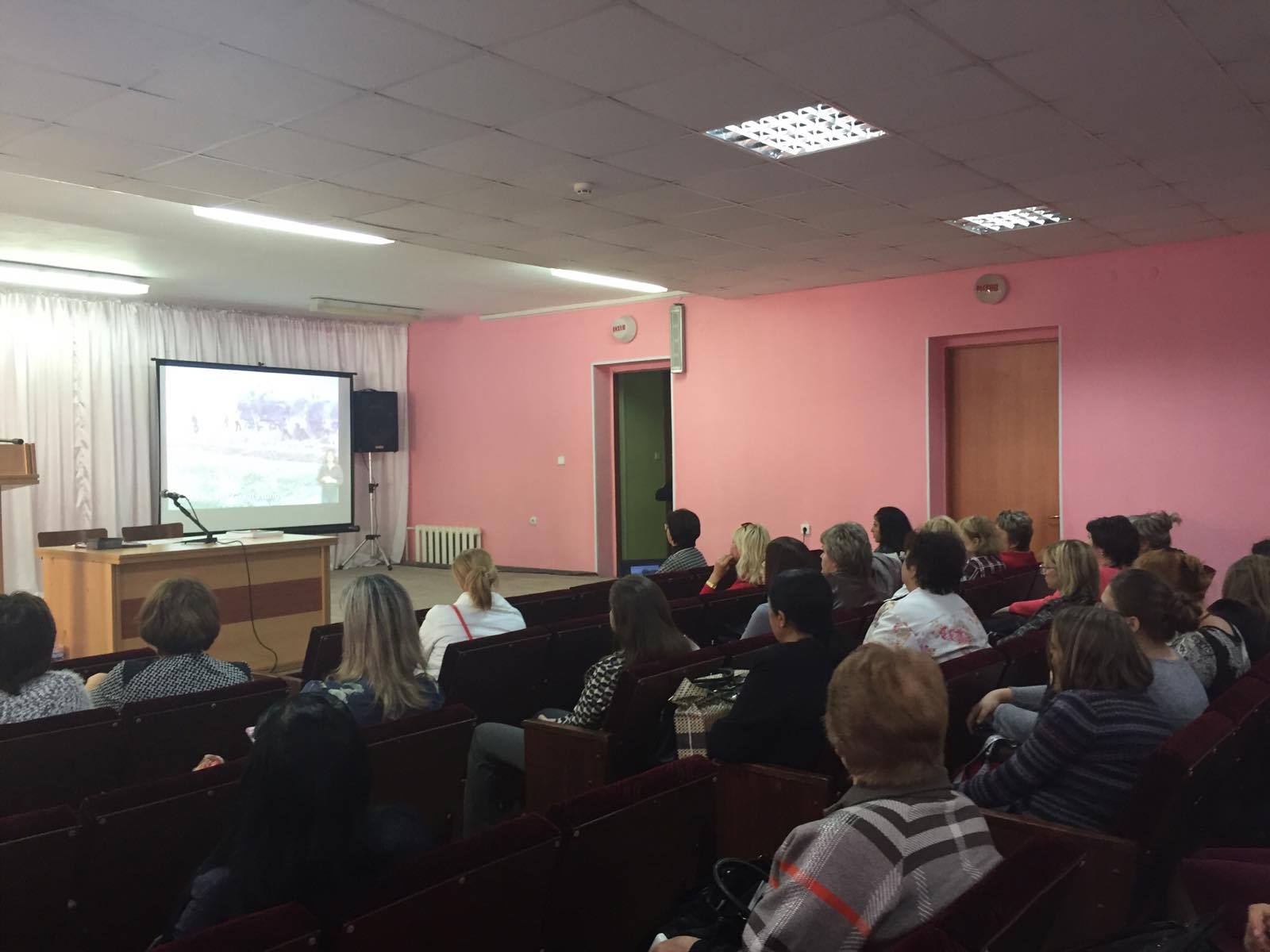 Presentation of the educational film in Mykolayiv

On September 28, 2017, teachers from the schools of Mykolayiv visited the local Teacher’s House to see the presentation of the educational film “Covering the Holodomor: Memory Eternal”.

30 teachers watched a short movie about the history of the Holodomor through a study of the responsibility of the press in illuminating or concealing crimes and any violations of human rights. Participants of the event also had received a copy of the film as a gift.

The film was created by the museum in collaboration with the Canadian Museum for Human Rights (Winnipeg, Canada) as an interactive material that teachers can use during history lessons to facilitate visually the perception of a difficult subject by students.

The movie is designed for the school audience. On the basis of the regulations and memorandum of cooperation with Canadian Museum for Human Rights, the Holodomor Victims Memorial distributes the film among Ukrainian schools. Museums recommend using this film while studying the Holodomor topic in schools. Visual materials can make classes more interesting and facilitate the perception of difficult topic.

Head of the Scientific and Exposition Department at the National Museum “Holodomor Victims Memorial” Yana Hrynko told the participants about the functions of the Memorial and the directions of its educational work.

The museum plans to organise similar presentations in Zaporizhia (October 5), Dnipro (October 4), Chernihiv, Siverodonetsk, Kramatorsk and Kyiv. Earlier, the CDs with the film were given to teachers in Lviv, where the presentation was held in cooperation with the Memorial Museum of totalitarian regimes “Territory of terror”.

The National Museum “Holodomor victims Memorial” expresses its gratitude to the Scientific-Methodical Centre of the Education Department of the Mykolayiv City Council for the assistance in organizing the event.