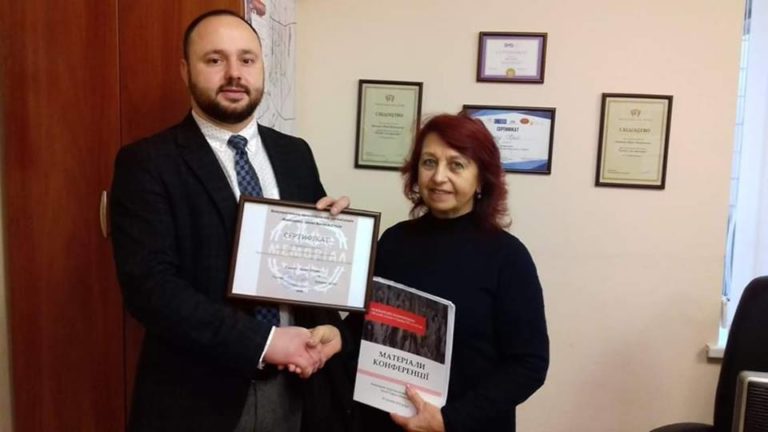 Professor from Kremenchuk received a grant to study the Holodomor

Professor of Kremenchuk M. Ostrohradskyi  National University Anna Kapustyan received a grant to conduct a research on the topic “Ukrainian Holodomor in Testimonies and Memory: A Scientific Analysis of Oral History”. The grant was supplied with the assistance of the Ukrainian Human Rights Protection Organization ‘Memorial’.

Anna Kapustyan has been engaged in active scientific and social work on the Holodomor for a long time, initiating the first Holodomor memorial in Poltava region, presenting her scientific work to the United Nations editing a book of memoirs of Holodomor eyewitnesses, which has already been republished three times.