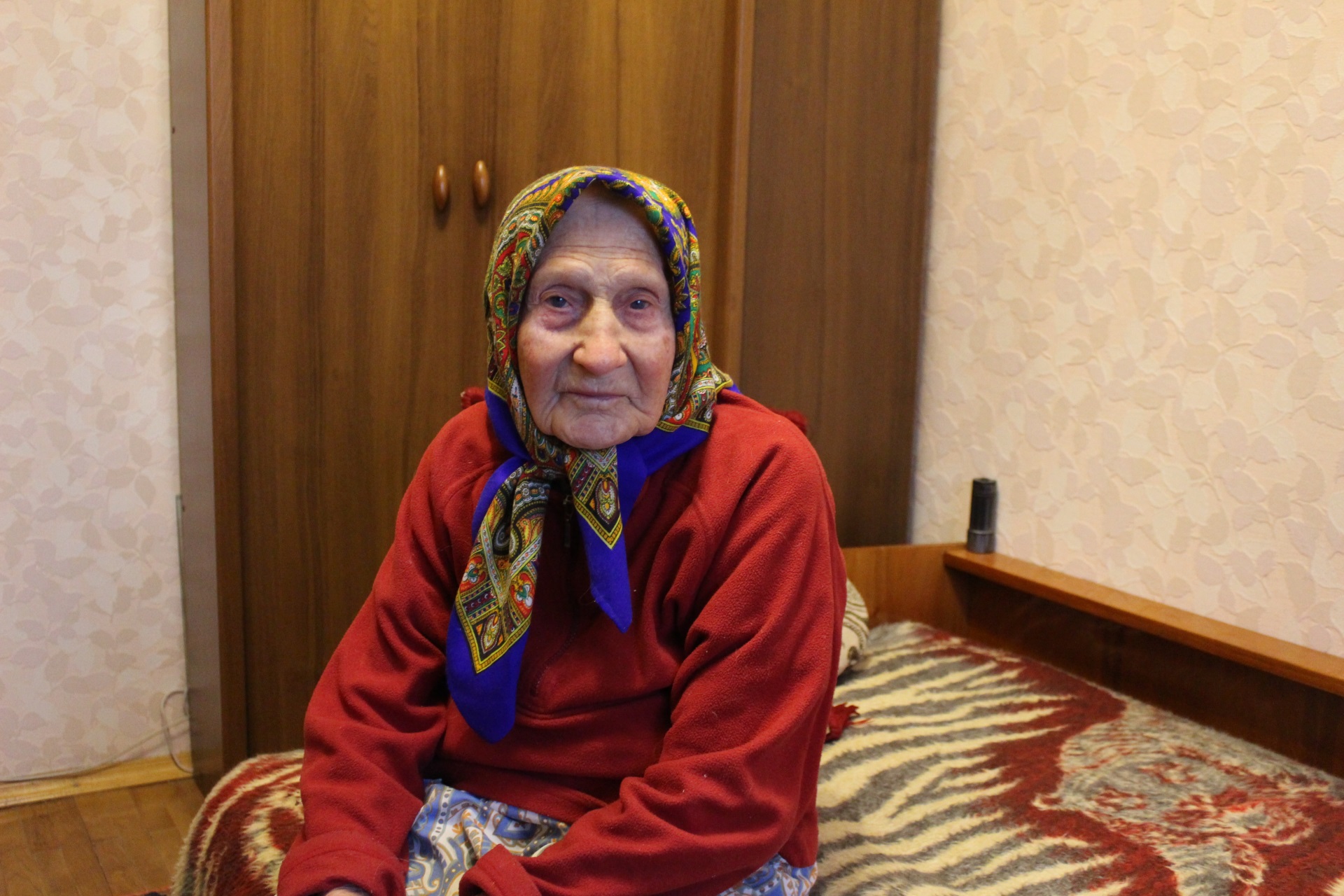 "And people died, terribly died, died, died …" – an eyewitness of the Holodomor

In December 2017, the deputy director of National Museum “Holodomor Victims Memorial” Julia Kotsur visited 98-year-old Zverkhovska Olexandra Ivanivna to record the interview. A woman has been living all her life in the village of Marianivka of Vasilkivsky district of the Kiev region.

Olexandra Ivanivna grew up in a large Ukrainian peasants` family. Despite the premature death of her father, the family was wealthy thanks to the older brothers who were managed well with the household. After the beginning of collectivization, the farmers decided that it would be better to sell at least the part of the property in order not to give it to the collective farm. Hoping for survival, they went to the city to find some job.

Collectivization brought a great misfortune to the family of Olexandra Ivanivna. Activists (the respondent calls these people bandits) first took the cattle and the horses: “And they are going and have come and have already grabbed the cow, grabbed a couple of horses, because the boys ran away, and left everything and they took everything away. Then they come and say us to write us in collective farms, write in, but who will work there? I am 14 years old, mother is old, and my sister was disabled, the second group, she was ill with black bellies. “

Later all food products were confiscated: “… were such sticks of iron, so high and they walk everywhere, maybe, you have hidden something in the ground, they were looking, going around. Near our house there was such a rick and we hid there a sack with wheat in it, and hide it in a barn, we poured everything in the pots and pushed them under the under straw, they came in, they found everything, literally everything, they found the pots, they found that rick, they scattered everything on the yard, even the sack, we were left with nothing. There is nothing in the house, there is even no grain”. Even clothes were taken away: “And they were taking everything from the house, taking away clothes, taking clothes …”. The family only managed to hide the pillows.

By such a terrible, hateful method Olexandra Ivanivna, her mother and sick sister were forced to enter the collective farm. Poor collective farm`s dinners under the circumstances of difficult physical work were not able to nourish the body with the necessary amount of calories. The family was forced to eat surrogates: “Well, we cook goosefoot, nettle and goosefoot. You cook the nettles and the goosefoot to eat, and already we were also falling down”. Olexandra Ivanivna recalls that at that time their village was covered by a wave of mass deaths: “And people died, terribly died, died, and died. You go by and somebody is lying. You step over, but it already lies. “

The “trips” to Kiev became also a horrible memory of these times for this women.  It was possible to buy bread in commercial stores there. It was necessary to walk 18 kilometers to the nearest railway station on foot: “On the second year somebody went to the collective farm, a few people, then appeared that commercial, it seems, commercial bread, they let us  let a little bit, so I also went to that Kiev, I heard that there already some commercial bread appeared. I went too, how old was I, was already 15 years old, I went, I took that turn, and you need to stand there for a day in the turn to get that piece, then I was there laying all night and day, and then I already got, bought, such a long bread, such was a long bread. And for such loafers they will give you bread, and you will stand there in a queue for a day. “

Despite the painful trials that Alexandra Ivanovna left behind, a woman rejoices with her long-lived years, brings the wisdom to future generations and remains happy in the circle of her great family.