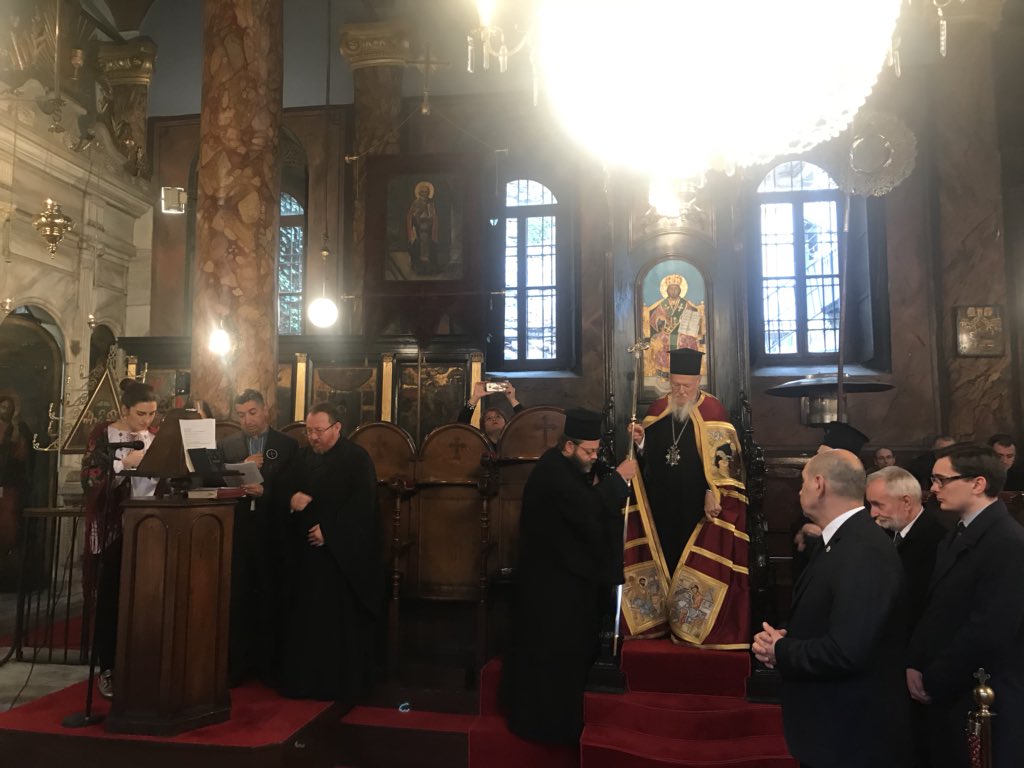 "Holodomor has no justification, the crime against humanity has no limitation period, but the truth clears " – Patriarch Bartholomew

Ecumenical Patriarch Bartholomew prayed today with the Ukrainians for the Holodomor victims. The prayer was held at the St. Nicholas Church in Istanbul.

The Ambassador Extraordinary and Plenipotentiary of Ukraine to the Republic of Turkey Andriy Sybiha reported this by Twitter.

Moreover, Sybiha said: «J. V. Bartholomew Patriarch’s Prayer for the Holodomor victims on its 85th anniversary in the Instambul Church of St. Nicholas, strong patriarchal message of the maternal church during the liturgy in the Ukrainian language – Holodomor has no justification, the crime against humanity has no limitation period, but the truth clears».

The worship was attended by representatives of the diplomatic corps, Ukrainian community, leaders of the Crimean Tatar Diaspora, Ukrainian scholars.

It should be remined, that Address of the Ecumenical Patriarch Bartholomew on the 85th Holodomor anniversary is published .