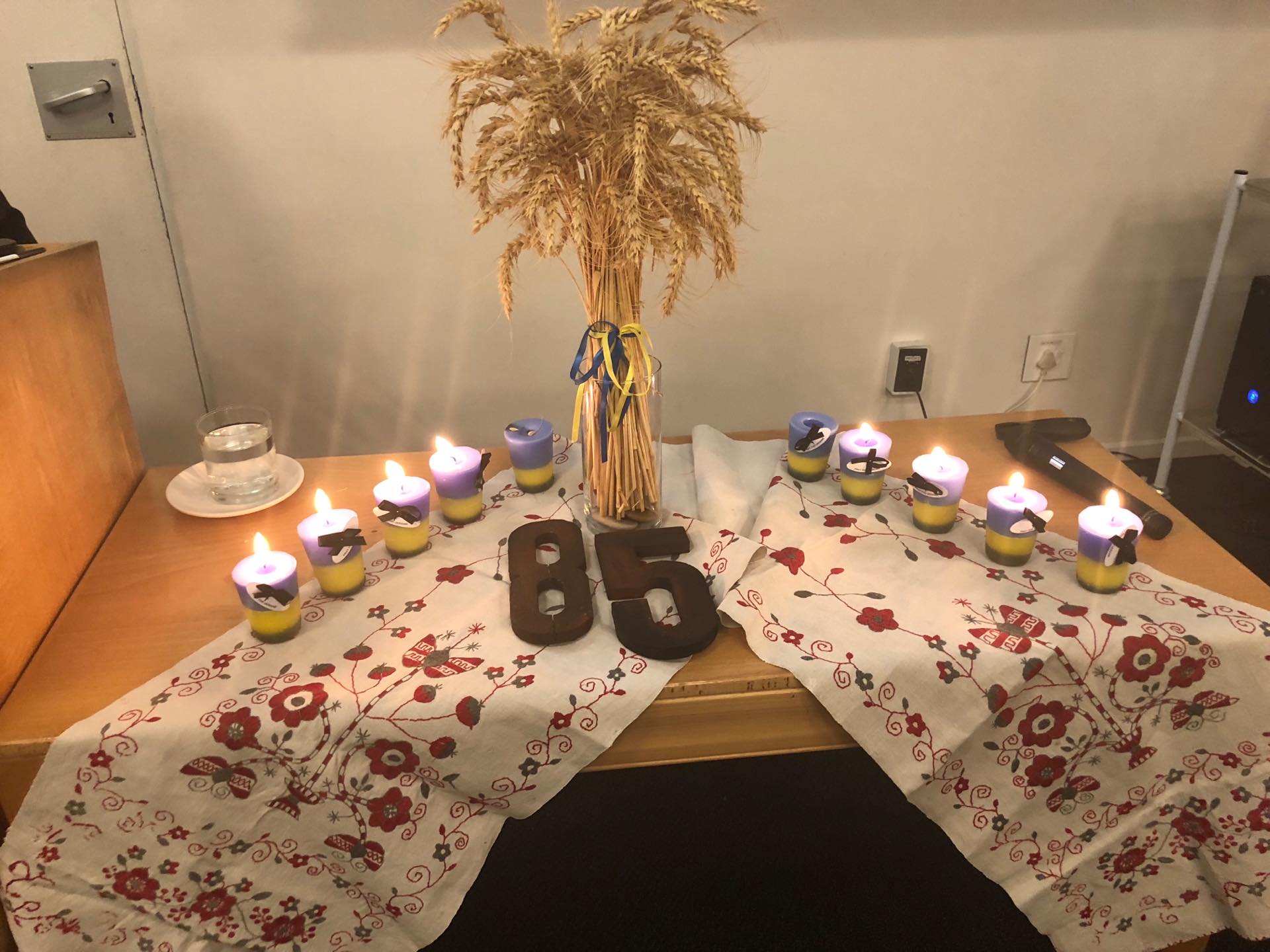 On October 23, 2018, in the city of Cape Town (South Africa), the International action “Let’s Light a Candle of Memory!”, dedicated to the 85th anniversary of the Holodomor-Genocide, was held. The event was organized by the Ukrainian Association in the Republic of South Africa and the Embassy of Ukraine in South Africa.

The action was held at the Holocaust Center, where on this day the exhibition “People of Truth” was exhibited. It tells about people who, despite official denials by the USSR of the fact of starvation, were spreading the truth about the mass deaths of Ukrainians in the world.

The representatives of the Ukrainian Association in South Africa read out memories about the Holodomor of their relatives who survived the genocide of 1932-1933. Also, the names of the Holodomor victims children were read out.

All members of the action paid tribute to the memory of millions of Ukrainians-Holodomor victims by inflaming of the candles.

As part of the action, the researcher Nadiia Kravets delivered a lecture entitled “Death by Famine: Geography and the Consequences of Stalin’s Terror by the Famine of 1932-1933 in Ukraine”