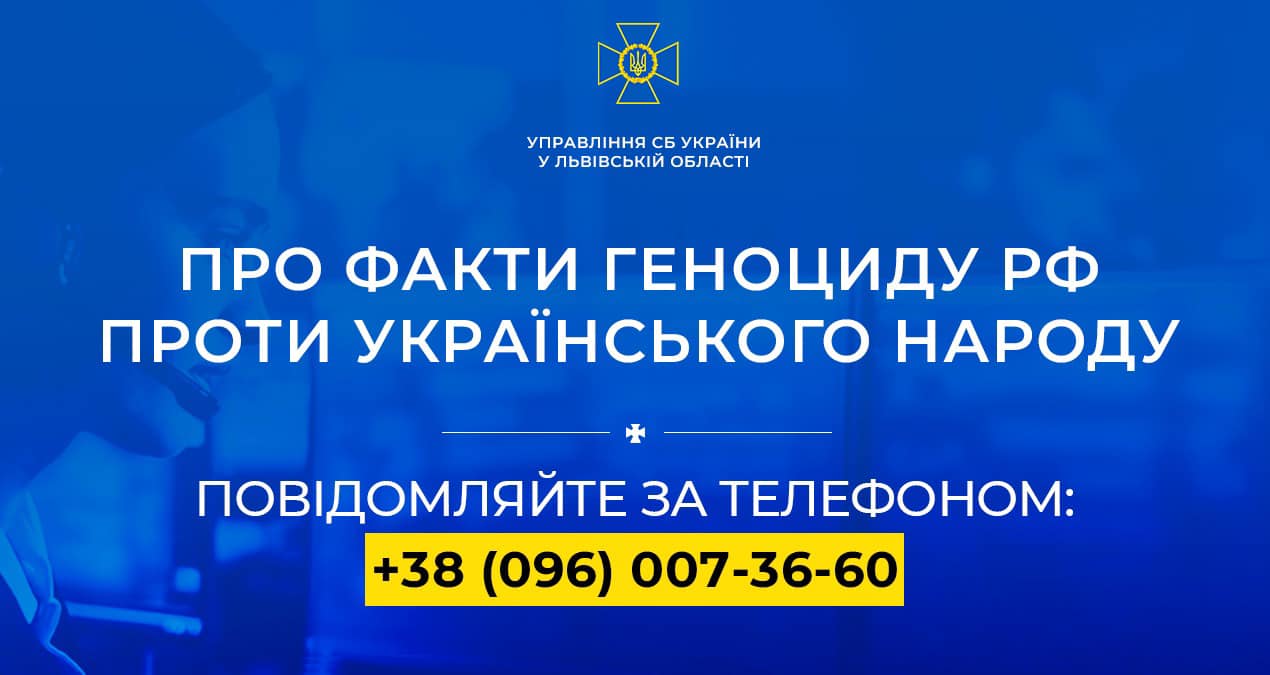 SBU investigates crimes of the Russian Federation under the article “genocide”

The Security Service of Ukraine of the Lviv region has asked migrants from other regions to send written statements about the personal harm caused by Russia. It can be the loss of relatives, home, or damage to health.

Roksolana Yavorska, a spokeswoman for the Security Service of Ukraine, announced this information during a briefing.

“In connection with the investigation of crimes of the Russian Federation against the Ukrainian people under Art. 442 (genocide) of the Criminal code of Ukraine, we ask all who suffered from armed aggression of the enemy to report about it to SBU,”  she said.

So, if as a result of bombing and shelling by the occupiers you:

Please provide such information to the SBU.

The message should be sent to the 𝐓𝐞𝐥𝐞𝐠𝐫𝐚𝐦, 𝐖𝐡𝐚𝐭𝐬𝐀𝐩𝐩 чи 𝐕𝐢𝐛𝐞𝐫 of the “hot line” of investigators of the Security Service of Ukraine in the Lviv region. Phone for inquiries: +38 096 007 36 06.

Roksolana Yavorska also noted that the responsibility for the article on genocide has no statute of limitations.

We will unite our efforts to bring the Russian leadership to justice!