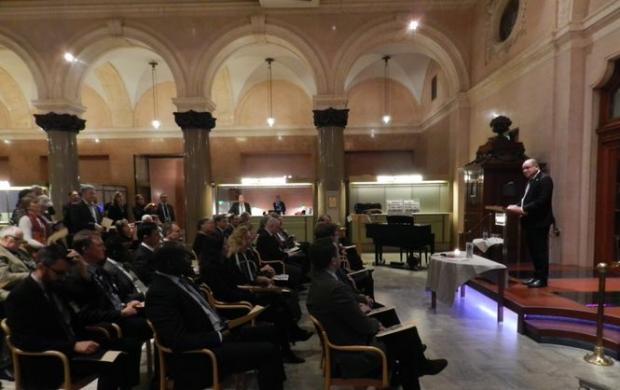 On 29 November 2017, victims of 1932-1933 Holodomor in Ukraine were honoured in the Swedish Riksdag for the first time in its history, the press service of the Ministry of Internal Affairs of Ukraine reports.

Honouring the victims of Holodomor – the Great famine in Ukraine in 1932-1933 was held on behalf of the Swedish – Ukrainian Friendship Group in the Swedish Parliament and Verkhovna Rada of Ukraine.

Speaker of the Parliament of the Kingdom Sweden Mr.Urban Ahlin, H.E.Ambassador of Ukraine to the Kingdom of Sweden Mr.Ihor Sagach, and Chairman of the Swedish – Ukrainian Friendship Group Mr. Krister Hammarbergh addressed the audience.

Photos from Gordiy Pschenychny Central State Cinema and Photo Archives, eye witnesses testimonies of those tragic events of 1932-1933 Holodomor in Ukraine, information of the Ukrainian Institute of National Remembrance were demonstrated.