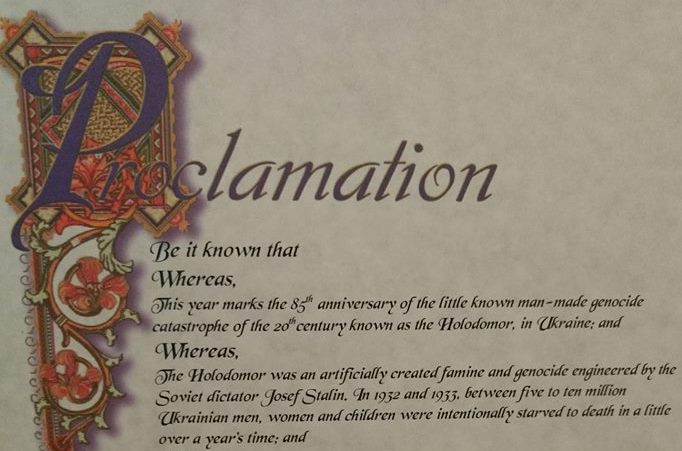 The Mayor of the American city of Austin, Texas, Steve Adler declared the 10th of November as the Holodomor Remembrance Day, Voice of America reports.

“The Holodomor was artificially organized hunger and genocide developed by Soviet dictator Joseph Stalin. In 1932 and 1933, from 5 to 10 million Ukrainian men, women and children were deliberately kiled by hunger,” the mayor said in a corresponding proclamation.

Recall that the US Senate recognized the Holodomor of 1932-1933 as a genocide of the Ukrainian people.