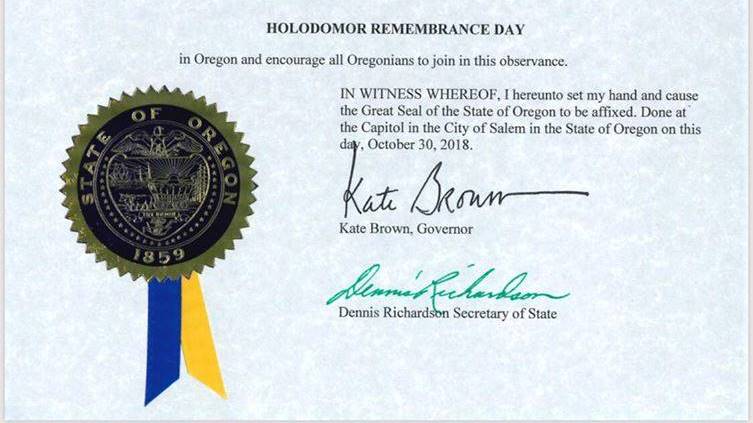 The American state of Oregon has recognized the Holodomor in Ukraine in 1932-33 as a genocide of the Ukrainian people.

The proclamation was signed by the Governor Kate Brown, is reported on the Facebook page of the Embassy of Ukraine to the United States.

“Step by step, the Embassy of Ukraine to the United States and the Ukrainian community in America are spreading the truth about Holodomor-genocide of 1932-33 in Ukraine,” the report informs.

As it was noted at the embassy, ​​Oregon became the 19th state that recognized Holodomor as the genocide, and which joined the commemoration of the 85th anniversary of the crime.

We recall, state of Virginia has joined the official commemoration of the 85th anniversary of Holodomor.