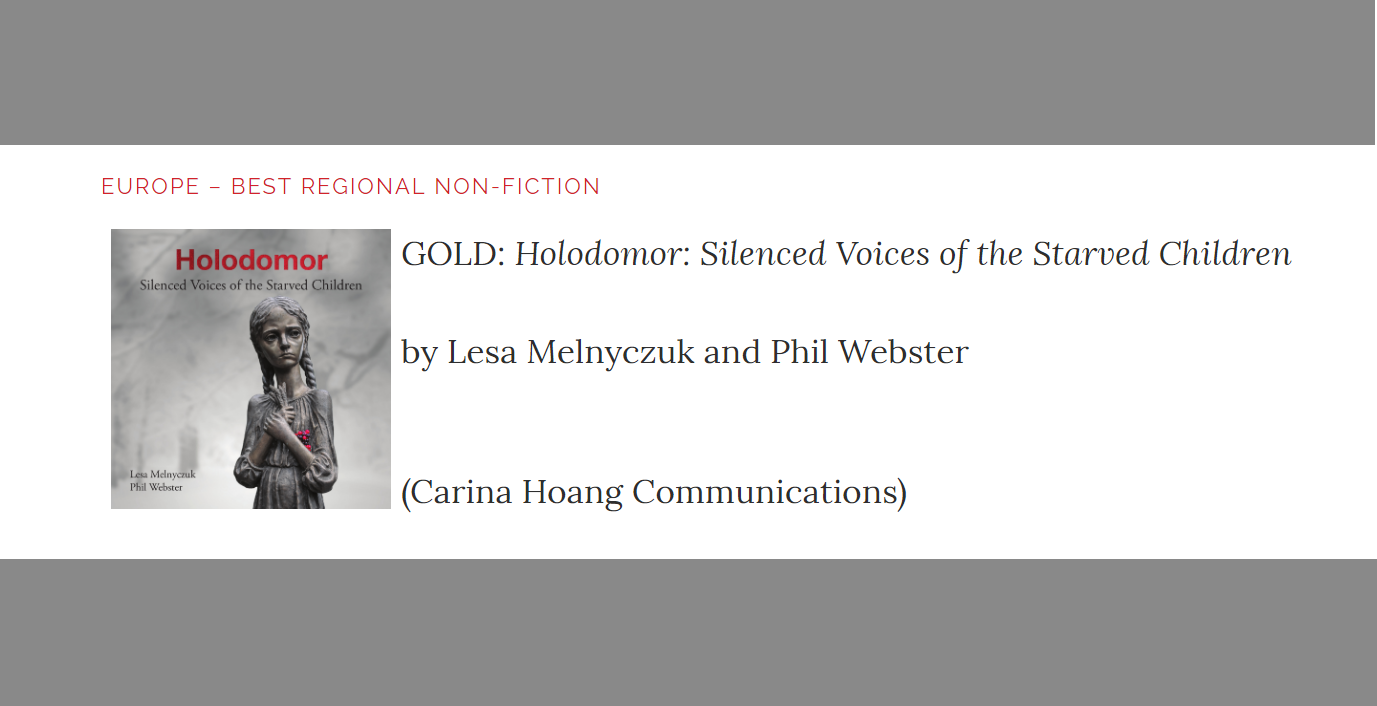 The book Holodomor: Silenced Voices of the Starved Children by Lesa Melnyczuk and Phil Webster from Australia received the Golden Medal in the category “Europe – Best Regional Non-Fiction” of the Independent Publisher Book Award 2019 (IPPY Awards).

“Gold: Holodomor: Silenced Voices of the Starved Children by Lesa Melnyczuk and Phil Webster (Carina Hoang Communications),” is written in the 2019 winners list on the site.

“In fact, what I was investigating is the story of our little Ukrainian community in Perth (Western Australia). Why did not we know about it? Why did not we talk about it? Why did the world not talk about it? Why is not this episode of history studied by the students together with the history of the Holocaust? What I learned was the devastating famine organized by Stalin to the Ukrainian people, to which, in my opinion, one can rightly use the term genocide,” says the editor-in-chief Lesia Melnyczuk in a preface to the book.

Recall that on November 25, 2018, the book Holodomor: Silenced Voices of the Starved Children was presented in Perth, the capital of Western Australia.