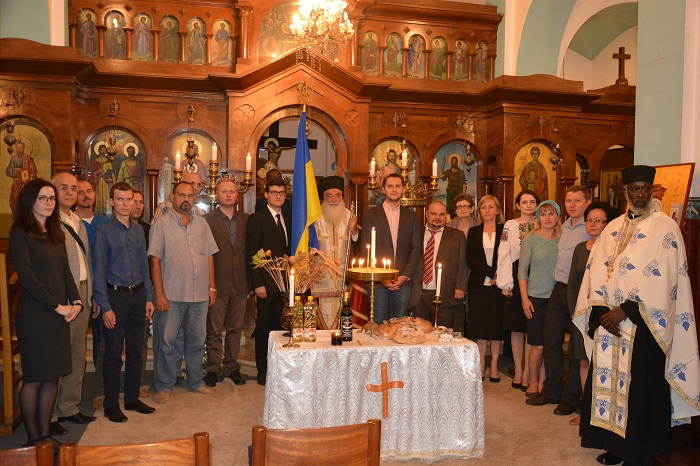 On October 18, 2018, the Embassy of Ukraine in Kenya held a commemorative procession and an international action “Let’s Light a Candle of Memory” to the 85th anniversary of the Holodomor-Genocide in the Orthodox Patriarchal Cathedral of St. Cosmo and Damian in Nairobi.

The event was attended by Ukrainian Diaspora, representatives of the Embassy of Ukraine in Kenya, and clergy. Metropolitan Macarius and the priest John Wanguru conducted a memorial service, during which the names of 85 children-victims of the Holodomor-Genocide were proclaimed.

Having lit a symbolic candle of memory, the community honored the victims of the genocide with a minute of silence.

The international action “Let’s Light a Candle of Memory!” takes place in 85 countries of the world in order to honor the memory of 7 million Ukrainians who become the victims of Holodomor. On October 19 at 19:00 the event will take place in Austria.