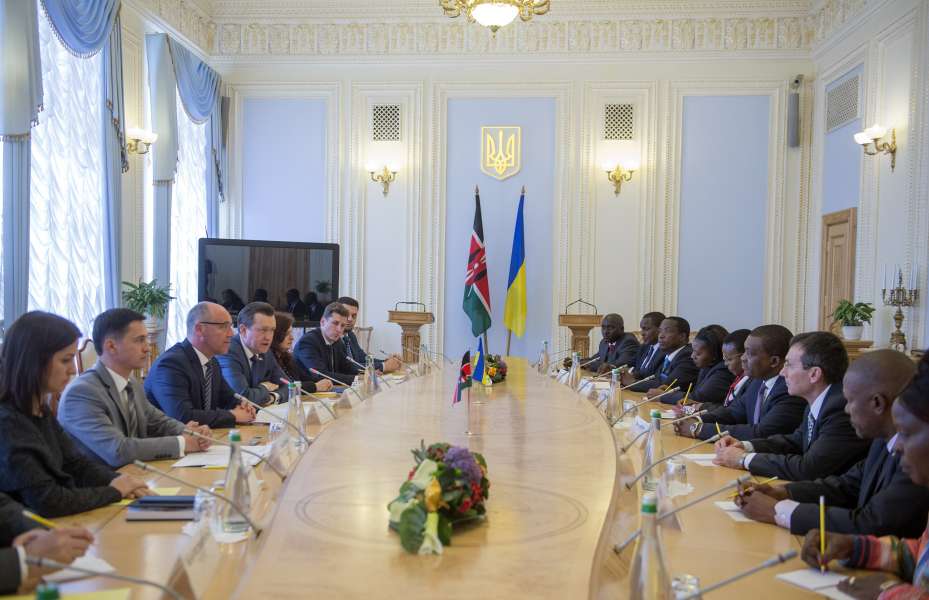 The Chairman of the Verkhovna Rada of Ukraine Andrii Parubii, during the meeting with the President of the National Assembly of the Parliament of the Republic of Kenya Justin Muturi, requested to recognize the Holodomor as an act of genocide against the Ukrainian people.

This is reported by the press service of the Verkhovna Rada of Ukraine on its official website.

During a briefing at the end of the meeting, the Chairman of the Verkhovna Rada of Ukraine noted that the Kenyan delegation headed by Mr. Muturi in the morning commemorated the victims of the Holodomor. He expressed the hope that the President of the National Assembly and members of the delegation will spread the information about one of the greatest tragedies in the history of mankind , and Kenya will be another country that recognizes the Holodomor as genocide against Ukrainians. “For us, this is a very important act of memory and justice,” said Andrii Parubii.