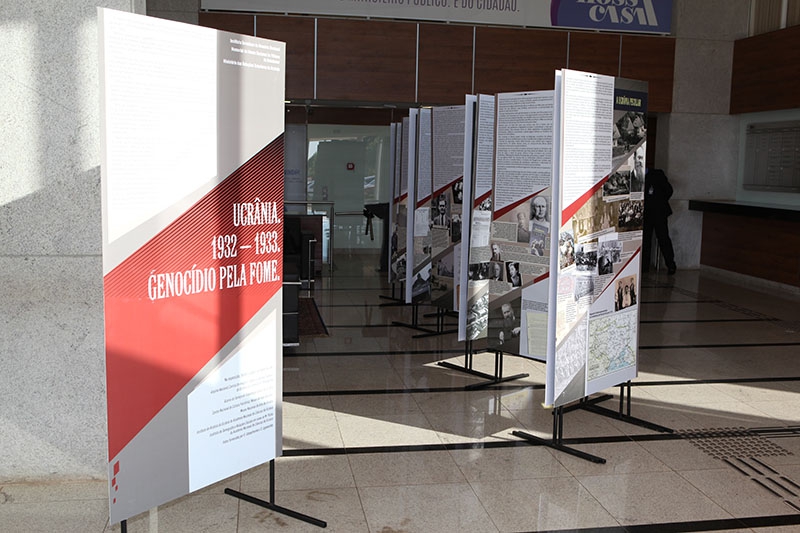 The Exhibition on the Holodomor Was Presented in Brazil

The exhibition on the Holodomor-genocide was opened at the National Council of the General Prosecutor’s Office in Brazil, the press service of the Embassy of Ukraine in the Federal Republic of Brazil reports.

“On Tuesday, May 14, 2019, the National Council of the General Prosecutor’s Office of Brazil (CNMP) opened the exhibition “Ukraine. 1932–1933: Genocide by Famine,” which tells the story of the Holodomor, during which in the early 20thcentury more than seven million Ukrainian farmers died of famine,” is written in the message.

Ambassador of Ukraine to Brazil Rostyslav Tronenko, present at the plenary session of the Council, said that this tragedy must not be repeated. “We need to know our history in order not to be doomed to repeating the same mistakes. The exhibition teaches us on the importance of attention to violations of human rights and international law,” he explained.

The exhibition is located in the hall of the building. Employees and visitors to the National Council of the General Prosecutor’s Office of Brazil will be able to visit the exhibition until June 14, 2019.