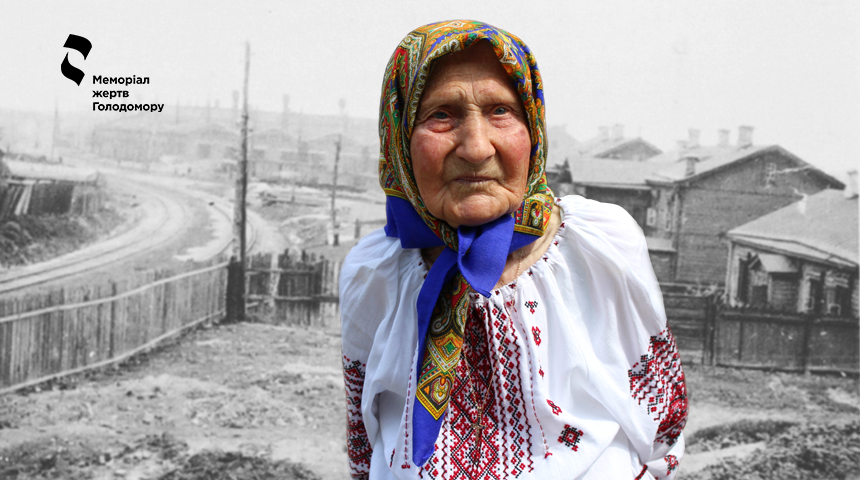 The Holodomor Memorial congratulated Oleksandra Zverkhovska on her 100th anniversary

On June 14, Oleksandra Ivanivna Zverkhovska marks her 100th anniversary. She survived the Holodomor of 1932–1933 in Marianivka village (Vasylkivskyi district of the Kyiv region). To congratulate Mrs. Zverkhovska, all her big family has gathered – children, grandchildren, and great-grandchildren. Also, the Minister of Culture of Ukraine Yevgen Nyschuk, the Director General of the National Museum “Holodomor Victims Memorial” Olesia Stasiuk, the deputy head of Vasylkivskyi district state administration Serhiy Kudrenko, the head of the sector of culture and tourism Svitlana Veretennyk, village chairman of the Kovalivka rural territorial community Kliukovska Raiisa, the representative of “Svitanok” agricultural enterprise and sugar plant Iryna Korniienko came to congratulate her.

Accepting the sincere congratulations from the guests, the birthday woman wished all Ukrainians the best and to never feel the hunger. After all, Oleksandra Zverkhovska experienced the Holodomor-genocide in the village of Marianivka. Since she was 14, the woman had to work in the collective farm in order to survive the famine. This is how she talked about the work of the exhausted by hunger farmers in the collective farm: “We went, we fell, but we still went. We came out, we were falling, we are not able to pull out the weed, we are hungry, we did not eat anything… No, everything was taken! .. Well, we finally lived till dinner… There is the cauldron; “shufta” is cooked from some flour… And people fell, terribly fell, fell, fell. You go, and there it lies. You step over, but it is already lying, the person did not reach the field… “

“Today is a very moving day. What Oleksandra Zverkhovska tells (on the Holodomor – Ed.) is truly a cynical genocide of the Ukrainian people, of millions of people who have been innocently murdered, tortured by hunger,” said the Minister of Culture of Ukraine Yevgen Nyschuk, adding that there are not so many people such as Oleksandra Zverkhovska, who still tell the truth about this genocide.

Oleksandra Zverkhovska ‘s memoirs on the Holodomor of 1932–1933, the genocide of the Ukrainian nation, were included into  “THE GUARDIANS OF THE TRUTH” exhibition project of the National Museum “Holodomor Victims Memorial,” which is now exhibited in various institutions and museums of Ukraine.