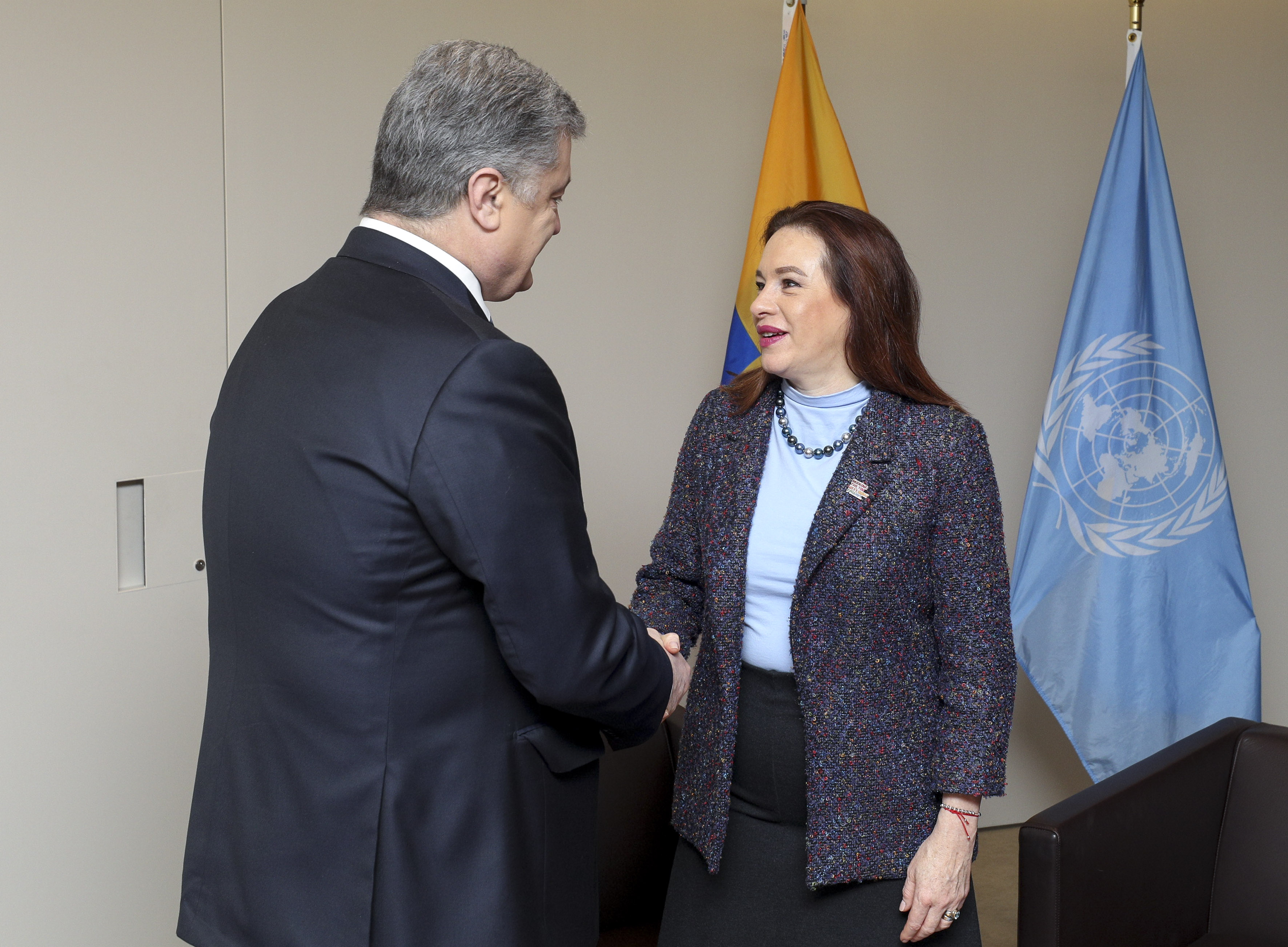 On February 20, 2019, President of Ukraine, during a working visit to the United States, met with the Chairman of the 73rd Session of the UN General Assembly, the Minister for Foreign Affairs and Human Mobility of Ecuador, María Fernanda Espinosa Garcés, and proposed to hold a debate on the Holodomor at the UN level, according to the official Internet address of the President of Ukraine.

“The President of Ukraine also drew attention to the declaration on the occasion of the commemoration of the 85th anniversary of the 1932-1933 Holodomor in Ukraine, which was prepared by the Ukrainian side and circulated as an official document of the 73rd session of the UN General Assembly. In this context, the Head of the Ukrainian State stressed the importance of conducting relevant thematic debate in the UN,” the statement said.

Recall that President Poroshenko highly appreciated the efforts of the Ukrainian community in the United States to recognize the Holodomor of 1932-1933 as the genocide of the Ukrainian people.